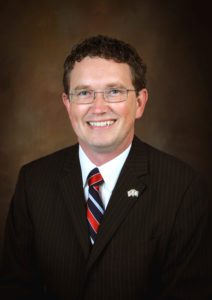 The three federations that border the Kentucky congressional district of U.S. Rep. Thomas Massie have criticized his tweet comparing COVID-19 safety measures to the Holocaust.
“The only thing that’s comparable to the Holocaust is the Holocaust,” said Jackie Congedo, director of the Jewish Community Relations Council (JCRC) of the Jewish Federation of Cincinnati.
Mindy Haas, executive director of the Lexington-based Jewish Federation of the Bluegrass, said she will try to arrange a meeting with Massie after Rosh Hashanah. Also, Cincinnati, along with the Louisville JCRC, have written to Massie’s office, inviting him to visit the Nancy and David Wolf Holocaust & Humanity Center at Cincinnati’s Union Terminal.
A Republican representing the 4th Congressional District, Massie has been coming under fire since last week for tweeting a message comparing COVID passports to an image of a hand with number tattooed to its wrist.
“If you have to carry a card on you to gain access to a restaurant, venue or an event in your own country … that’s no longer a free country,” read the text in the image Massie tweeted, which was deleted shortly afterwards.
Matt Goldberg, director of the Louisville JCRC, called Massie’s comparison “jarring” and said it dishonors the memory of the six million Jews who died at the hands of the Nazis.
Of that six million, Congedo noted, approximately 1.5 million were children.
Haas said there is no comparison between the COVID vaccines and the tattoos survivors were forced to wear.
“The vaccine is a choice to live,” she said. “In the Holocaust, there was no choice.”
The ADL has called upon Massie to apologize for the tweet, which has already prompted one of his interns to resign, labeling the congressman’s actions antisemitic.
It’s not clear how many Jews live in Massie’s district, which includes the Kentucky suburbs of Cincinnati and part of Jefferson County, but a recent community study by the Cincinnati federation indicates that 1,600 to 2,500 reside in the northern counties.
As of Wednesday, none of the federations reported hearing back from Massie or his staff. But Congedo said she has received massages of support from northern Kentucky.
“I had a beautiful message from Thomas Moore University (a Catholic school in Crestview Hills). They were really sorry to hear what was shared and expressed their solidarity and support – completely unsolicited.”
Congedo urged Federation supporters of all faiths “not to remain silent,” noting that making Holocaust references for political purposes has been happening across the political spectrum.
“This is not a feature of one political side or another,” she said. “This is in keeping with the move to the extremes and the equating of what is not even comparable … for shock value.”

By Lee Chottiner Community Editor While women in Jewish Louisville have occupied leadership roles for many years, Shannon Rothschild thinks plenty of untapped potential remains. It merely takes the right kind of programming to tap it. “My goal is to …

Human Resources Lee Chottiner Weaponizing the Holocaust has been going on for some time, but with nowhere near the intensity that we are seeing now. Even Jews, people who should know better, are now getting in to the act, promising …

JCRC Scene Matt Goldberg This last year has been a unique one for the Jewish people worldwide. COVID dominated our conversations, with the Delta variant setting us back in our collective attempt to control the disease. A devastating war between …