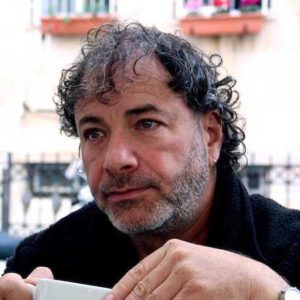 Gili Meisler and Bassam Aramin have reason to hate each other.
Meisler, an Israeli, lost his older brother in the 1973 Yom Kippur War. The experience radicalized the then-teenager, who joined the anti-Arab Kach party, formed an extremist youth group and refused to study Arabic in school.
Aramin, a Palestinian “fighter” at age 13, was jailed for his activities. A Holocaust skeptic, he saw a film about it behind bars, which affected him, studied it in college after his release, got married and had children. Still, he lost his 10-year-old daughter in 2007, shot by an Israeli soldier.
The two men could have become enemies. Instead, they became friends. (They say “brothers.”)
They also became partners in a common cause: to overcome their grief and become role models for peace in Israel and Palestine.
Meisler and Aramin are members of The Parents Circle-Families Forum (PCFF), a joint Israeli-Palestinian organization made up of more than 600 bereaved families from both sides of the 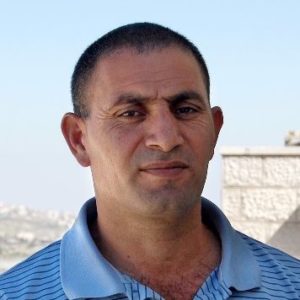 Green Line whose bond is the loss of a close family member to the conflict.
They shared their experiences during a virtual program on July 18 co-sponsored by The Temple and the Jewish Community Relations Council.
The main focus of PCFF members is to present themselves as role models of sorts. “If we can be together and talk with each other,” Meisler said, “so everybody can.”
PCFF started in 1995 in the head of Yitzhak Frankenthal, an Orthodox Jew whose son died while hitchhiking home from his army base. His murderers, members of Hamas, posed as religious Jews.
During the shiva, Frankenthal decided to channel his pain into reconciliation.
Today, PCFF members hold “dialogue encounters,” like the July 18 program, where they share their backgrounds and personal experiences before audiences.
They also have a “Narrative Project,” through which Israelis and Palestinians of similar backgrounds or disciplines (doctors, artists, etc.) are grouped together, meeting regularly to forge an understanding.
They have summer camps, radio broadcasts, and they hold demonstrations. At one such event, they set up coffins draped with Israeli and Palestinian flags outside the United Nations in New York.
PCFF members have visited Yad Vashem to learn about the Holocaust and toured destroyed Arab villages to understand the Nakhba (catastrophe).
Reconciliation doesn’t mean the two sides must love each other, but it could lead to understanding.
While imprisoned, Armin, who thought the Holocaust was a big lie, saw a film about it.
“After a few minutes I found myself crying … I’m not built to see such atrocities,” he said. After his release, he studied the Holocaust at a university in the United Kingdom.
Meisler, who had started an extremist youth group in high school, began to change when the gardener at his apartment building in Jerusalem – an Arab from East Jerusalem – befriended him. They smoked cigarettes together and talked.
“It became like a habit,” he recalled. “Every morning, we would have our cigarette, our quality time, talking about life. I went out of these meetings every time telling myself, ‘What’s going on here? He’s an Arab. How come I’m talking to an Arab?’ I think this was a huge change in my life because it made me think.”
He said it made him ask questions, too, like why the Jews have a state, but not the Palestinians. Eventually, he stopped going to meetings of the very youth group he had started.
Both men believe that coexistence between Jews and Palestinians is possible, citing the same reason for their optimism: Germany.
“After World War II, we couldn’t imagine a German embassy in Tel Aviv,” Meisler said. Conversely, Aramin added, there’s an Israeli embassy in Berlin.
“We don’t need to love each other, but through our relationships, through our personal relationships, we prove we can be partners, we can be friends, we can be brothers and we can be family,” Aramin said.
When that happens, he added, human life will become even more important than who controls Jerusalem.
One can fight and die for Jerusalem, Aramin noted, although, “I’m not sure if Jerusalem knows who we are.”

Human Relations Lee Chottiner As a pro-Israel Jew, it was gobsmacking to watch the … hmmm … meltdown in the Jewish world over news that Ben & Jerry’s will no longer sell its ice cream in Israeli settlements. Ben & …

By Lisa Hornung For Community The annual BBYO awards were handed out at the JCL’s Annual Meeting, held in person on Thursday, July 8. Alison Roemer, senior director of Jewish Journeys, presented the awards, which recognize young people for their …