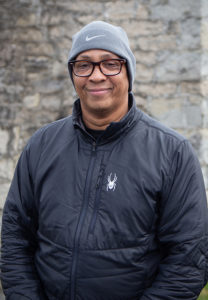 On a December day in 2018, Christopher 2X got a phone call that would change his life.
His daughter, Heaven, a child development specialist, had been home with six children, ages 1-7, watching an educational video, when gunfire from an AK-47 suddenly riddled the dwelling.
“She literally pulled the kids off the bed, out of harm’s way,” 2X said, “pushed them under the bed until the firing stopped.”
They were saved, he said; no wounds.
But they were still scarred. 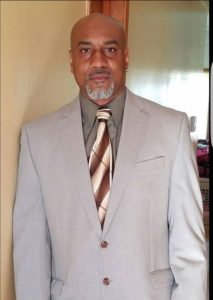 From this incident, 2X, a Louisville community activist, became increasingly aware of the harm that the “secondary trauma” of gun violence can inflict on children – very young children – even if they have never been hit by a bullet.
His nonprofit organization, Christopher 2X Game Changers, conducted a nine-month study of the issue that confirmed what he feared: Very young children, even pre-K kids, are damaged by gun violence, impeding their development.
“It’s a huge problem, gunfire going off in their neighborhoods or these stray bullet issues,” 2x said. “And then just hearing about these conversations sometimes makes it harder to segue back into the classroom and learn.”
2X was one of two speakers describing his first-hand experiences with gun violence and its tragic consequences during a June 28 program, “Actions Speak Louder Than Guns,” sponsored by the Jewish Community Relations Council.
The other speaker, Billy Moore, a Chicago activist, served 20 years in prison for the shooting death of one of the nation’s top high school basketball prospects during an altercation. Moore, 16 at the time, later lost his own son to gun violence and has since become a mentor and coach to young men coming out of prison and trying to rebuild their lives.
Alice Houston, this year’s co-winner of the Blanche B. Ottenheimer Award for Community Service and the program’s moderator, said gun violence in America is getting worse.
At the time of the program, Houston said nearly 10,000 gun-related homicides and 299 mass shootings had been reported across the country.
She also said 140 children under the age of 12 had been shot to death so far this year.
2X called the situation “a public health crisis,” one that is not being properly addressed.
Intervention with young people on gun violence used to take place during the high school years, 2X said. Today, “That’s a dinosaur model.”
He said conversations and programs must be addressed at children in grades K-8, even pre-K kids.
“If a kid can pick up a cell phone and navigate it at 2 and 3 years old, they can absorb like a sponge this negativity,” he said. “I’ve been told by elementary school principals that we’re starting to lose kids before they start K through 12, meaning in their early childhood development years this problem is starting to evolve.”
Game Changers, along with UofL Hospital’s Trauma Institute and University of Louisville med school students, started a program called Future Healers to help local children affected by gun violence. The program takes children through the halls of a hospital, exposing them at an early age to the importance of the human body and how reckless gunplay can irreparably damage it.
“It’s not a stop-the-bleed program, but at the end of the day, I wish we were selling this 15 years ago,” 2X said. “We’ve got to tackle this problem early on.”
Moore, the other speaker, told a stark story about what can happen if gun violence isn’t addressed in time.
He was 16 and carrying a gun in Chicago when he shot high school basketball star Ben “Benji” Wilson. The case made national headlines and Moore – vilified – was sentenced to prison.
Since his release, Moore has tried to use his experience to help other offenders, but he has suffered setbacks.
He returned to prison at one point for firearm possession. (He obtained the weapon for self-defense after he was carjacked and the perpetrator put a gun to his head).
Even worse, his own son was shot to death, making Moore painfully familiar with the fallout from gun violence on both sides of the trigger.
The author of Until the Lion Speaks, his memoir of the Wilson shooting and its aftermath, Moore said stories swirling around his encounter with Benji cast him in an evil light, so he felt the need to put what happened into perspective.
“I needed to just humanize myself,” Moore said. “I needed to humanize Benji as well, because he was a kid.”
From that point, he explained, his life has been about teaching others to avoid his bad decisions.
“I know we can be better than our worst mistake.”

Want to know more?
The study by the Christopher 2X Game Changers, Violence: Impact on Children Learning, can be read at the organization’s website, 2xgamechangers.org/educate.html.

D’var Torah Rabbi Ben Freed No athlete would show up to a big game without practicing. Actors, dancers and musicians spend countless hours rehearsing before they perform for a crowd. And yet, as Jews we often think that we are …