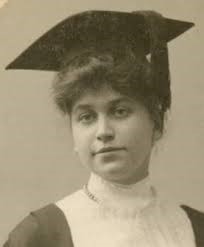 National Council of Jewish Women, Louisville Section, will bring together 650 members and community partners on June 15 to virtually celebrate its 125th anniversary.
The event, “Celebrating our Past,” will include a luncheon and an in-person “Celebrating our Future” gathering at the Big Four Bridge. Louisville Section President Joyce Bridge will deliver remarks. NCJW members and their families will then walk across the bridge as the span is lit up in NCJW’s blue and green colors.
The event will constitute a major fundraising campaign for the Louisville Section, supporting its mission and general operations.
NCJW is a national nonprofit organization of volunteers and advocates who turn progressive Jewish ideals into action.
Founded by Rebecca Rosenthal Judah in 1895, the Louisville Section supports community service and advocacy efforts for women, children and families, regardless of religious affiliation.
Among those areas of impact are children’s issues, juvenile court and juvenile delinquency, domestic violence, substance abuse, women’s rights, reproductive rights, seniors, civil rights and racial equity, legislative issues, voting rights, cancer support and Jewish awareness.
Historically, the Louisville Section maintained a summer kindergarten in the city and Louisville’s first free public baths.
Perhaps the Louisville Section’s best-known achievement came in 2019 with the launch of the Jefferson County Family Recovery Court, which supervises substance abuse treatment and family support programs for parents seeking to reunite with their children or maintain custody.
Director Nancy Chazen called the court the Louisville Section’s “proudest achievement.”
Diane Graeter, NCJW Family Recovery Court co-chair, said she found it “amazing” that two court watch projects have been undertaken by Louisville Section volunteers, forming the beginnings “of significant judicial reform for women, children and families in our community.”
Its first Court Watch Project in 1995, which focused on domestic violence cases, led to 10 years of volunteer monitoring, assessment and advocacy, becoming a nationally recognized model for social justice advocacy.
Based on this success, Family Court Chief Judge Patricia Walker FitzGerald asked NCJW in 2013 to undertake a second court watch project to monitor the Family Court’s dependency, neglect and abuse dockets.
After monitoring these courts for three months, the Louisville Section recommended the creation of a family drug court to handle the large number of cases involving drug and substance abuse. When budget cuts eliminated government funding for family drug courts, the Louisville Section secured funding from private donors to the Community Foundation of Louisville to underwrite court costs for three years.
“In our organization’s 125-year history here in Louisville, the Family Recovery Court program is another wonderful example of the dedication our members have to make a meaningful difference in Kentucky,” said Louisville Section President Bridge.
To fund NCJW’s advocacy programs and projects, the Louisville Section opened the Nearly New Shop in 1956. Since then, the resale store has become its main source of fundraising, with supporters donating clothing, accessories, home furnishings and furniture to the shop to be sold.