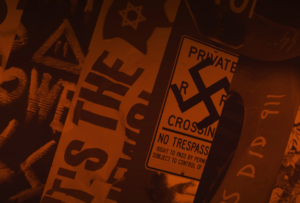 The cover of the ADL’s 2020 Audit of Antisemitic Incidents, which reported the highest number of cases in Kentucky since it began tracking the data.

Anti-Semitic incidents in Kentucky rose to shockingly high levels in 2020, according to the latest audit by the Anti-Defamation League, as cases of harassment, vandalism and assault against Jews stayed stubbornly high nationwide.
The Audit of Antisemitic Incidents 2020, which was released Tuesday, showed 19 incidents in the Bluegrass State, up drastically from two reported cases in 2019 and 2018.
“It’s an 850-percent increase,” said James Pasch, regional director of ADL for Kentucky, Ohio, West Virginia and western Pennsylvania, “It’s the highest number of cases reported since we started keeping records in 1979.”
He said the numbers also represent a 375-percent increase in the state’s annual average and a 114-percent increase across the region.
All dramatic jumps, Pasch agreed.
Nationally, 2,024 incidents of assault, harassment and vandalism were reported to ADL last year.
While anti-Semitic incidents declined by 4 percent after hitting an all-time high in 2019, last year was still the third-highest year for incidents against American Jews since ADL started tracking the data.
Kentucky’s 19 reported cases (“we only know what is reported or what makes news,” Pasch said) include 12 of harassment, six of vandalism and one of assault.
Extremism accounted for much of the jump here, with groups and individuals inspired by extremist ideology responsible for six, or 32 percent, of all the incidents – double the national rate of 16 percent.
Five of those six incidents were white supremacist propaganda distributions featuring anti-Semitic content or targeting Jewish individuals or institutions. 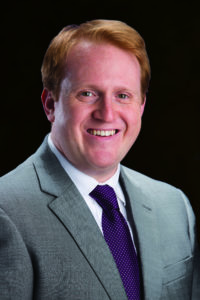 The ADL had expected this audit to reflect a jump in incidents in Kentucky, though not this high.
“You never expect an 850-percent increase, but we did know there would be a substantial increase,” he said. “I think it’s incumbent upon all of us to step up and decide what we are going to do about this.”
Matt Goldberg, director of the Louisville Jewish Community Relations Council, said the Federation is “deeply disturbed” by the increases.
“Each of these incidents represents Jewish Kentuckians who were horrified to experience the harassment, acts of vandalism, and violence directed at them because of their faith, Goldberg said in a prepared statement. “We hope this report serves as a wakeup call for all in our state that hate is alive and well and that the time to act is now.”
Perhaps the most disturbing incident happened last December in Lexington when a Jewish man at a chanukiah-lighting outside the Chabad of the Bluegrass building near the University of Kentucky was run over by a driver yelling anti-Semitic slurs. But there also have been cases of bullying, religious taunting and graffiti in addition to the spread of extremist literature.
Nationally, the audit found 1,242 incidents of harassment, an increase of 10 percent from 2019. Reported acts of vandalism and assault declined by 18 percent and 49 percent, respectively. There were no anti-Semitic fatalities reported in 2020.
“While any decline in the data is encouraging, we still experienced a year in which anti-Semitic acts remained at a disturbingly high level despite lockdowns and other significant changes in our daily lives and interactions with others,” Jonathan A. Greenblatt, ADL CEO and national director, said in a prepared statement.
Incidents were reported in 47 states and the District of Columbia. Those with the highest numbers of incidents were New York, 336; New Jersey, 295; California, 289; Florida, 127; and Pennsylvania, 101.
Across the river from Kentucky, Indiana reported 17 cases, up slightly from 15 in 2019 and 2018.
The COVID-19 pandemic significantly affected incidents. In some cases, Jews and other marginalized communities were blamed or scapegoated for spreading the virus.
“In many ways Jews across the region and in Kentucky were combatting two out-of-control viruses,” Pasch said.
Once the pandemic became more widespread, incidents of anti-Semitism at schools and colleges dropped precipitously as learning moved online.
But anti-Semitic “Zoombombing,” the intentional disruption of live videoconferences, increased. In 2020, ADL recorded 196 incidents of anti-Semitic videoconferencing attacks, 114 of which targeted Jewish institutions.
ADL is calling for an across-the-board response to anti-Semitism by public leaders speaking out, policy makers improving protections and strengthening hate crime laws, schools introducing Holocaust curricula and university administrators cracking down on attacks against Jewish students for being pro-Israel.
“In 2021 we need to be hypervigilant about hate in all of its forms, Pasch said. “There needs to be a holistic approach to dealing with it.”
The information in the audit is culled from law enforcement agencies, community leaders, media reports and research by the Center on Extremism at the ADL.
While the audit signals a continued threat to Jews in the United States, it also serves as warning that all minority or fringe groups – in particular, Asian and Pacific Islands Americans, Black Americans and immigrants – are at risk.
“In many ways,” Pasch said, “anti-Semitism is the canary in the coal mine.”

By Lee Chottiner Community Editor With COVID vaccination rates hitting record numbers nationwide and all people age 16 and up now eligible for the shots, Louisville’s synagogues are moving forward fast with plans to reopen. The Temple and Keneseth Israel …

By Lee Chottiner Community Editor After two years of work, a browsable, searchable platform for past issues of Community is ready to be debuted online. The Filson Historical Society and the Jewish Community of Louisville will host a virtual program …