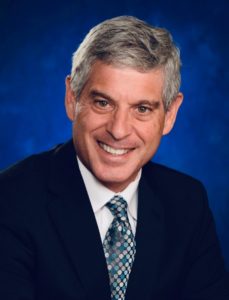 When Bill Altman signed on last March to advise Louisville Metro Mayor Greg Fischer about COVID testing, the city – and the world – were in a very different place.
The coronavirus, which causes COVID, was spreading across the globe, testing was in its infancy, the death toll was mounting and there was no vaccine on the horizon.
Things are better today. As of this publication, more than 207,000 people have received at least one shot of an FDA-approved vaccine in Louisville Metro, covering over 33 percent of the adult population and about 26 percent of the total population.
“We are in a good place,” Altman said, noting that the figures compare favorably with nationwide averages.
But, as Altman and his colleagues warn, neither Louisville, nor the country, nor even the world, is entirely out of the woods.
Infection rates are plateauing in several states. Lockdowns are happening again in Europe. Many Americans remain skeptical of vaccines, and several states have lifted most or all COVID restrictions – too soon, according to many medical experts.
Altman is one of four Jewish health experts who have lent their services to Louisville Metro, assisting in suppressing this deadly pandemic.
In addition to Altman, Dr. Jon Klein, vice dean of research at the University of Louisville School of Medicine, has worked closely with the mayor in getting reliable information to the public, and Karen Handmaker and Leah Tasman at the Department of Public Health and Wellness, are working on contact tracing – the process of using investigative techniques to identify and assess people who have been exposed to COVID.
Two of the experts, Altman and Klein, have communicated directly to the Jewish community about COVID management here. Both have appeared at JCL board meetings while Klein has spoken to area synagogue groups.
“The Jewish community has by and large asked what I would call process-driven questions: When will I get the vaccine? What will be the level of protection? How long will it last? What are the side effects?” Klein said. “These are the most common questions I get no matter who I’m speaking to.”
He also noted that the Jewish Heritage Fund For Excellence contributed to the University of Louisville last year to “industrialize” the testing process weeks before big testing labs got involved. 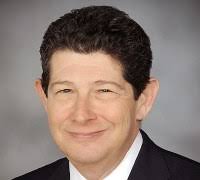 While progress has been made against COVID – nearly 2 million doses of vaccine have been distributed – Klein warned that the threat posed by more transmissible variants remains.
He noted that two variant cases – one UK, one California – have already been confirmed in Louisville, which indicates that more could be here.
The concern with variants is that they spread faster, leading to more hospitalizations, taking up more ICU beds.
This means Louisville and the rest of the nation are in a race to inoculate as many people as possible before the variants become the dominant COVID strains.
“We know from the past 12 months that when that happens, mortalities go up in the hospital, probably because the hospitals simply cannot deliver the same care to 50 people in the ICU as they do to 20 or 25 people,” Klein said. “They (variants) are a real threat to us.”
Which is why he believes that decisions by the state governors to lift COVID restrictions is a mistake.
“We’re not at a point where really we can say we have this under control,” he said.
In tandem, Altman worries that people are taking testing less seriously when it is even more critical to locate variants to respond to them.
“There’s testing fatigue,” he said. “People are understanding that the cases are going down, so maybe people aren’t as interested; it’s more likely that the people getting tested are not doing so for preventive reasons but because they have reason to get tested.”
Without testing, said Handmaker, it’s hard to say just how effective a community is in managing the disease.
“The number of cases is down, but the only way we know the number is through testing,” she said. “If people don’t get tested, we don’t really know how prevalent the disease is out there. So, it’s kind of a Catch-22.”
That is where contact tracing comes in. Since testing the entire population isn’t feasible, Handmaker said contact tracing serves as an extension of testing, pinpointing areas where the virus is likely spreading.
“Once someone tests positive, we want to talk to [them] and understand where they think they may have become infected and where they may have exposed others during their infectious period,” Handmaker said.
These “disease investigators,” as Handmaker described them, are also “care advocates,” making sure people who test positive have their essential needs covered while they isolate.
“Then, we reach out to the people they tell us they were in close contact with and ask them to quarantine,” Handmaker said. “Many close contacts become positive cases during quarantine, and this is how we help stop the spread.”
All this was being done last year amid the backdrop of racial unrest, a contentious election and the violence at the Capitol – a “perfect storm” for health care workers who had to work, Handmaker said.
“All these things raise our community’s conscience as to just how fragile everyone’s life is,” she said.

Community is interested in how you celebrate your seder this year. Virtually? In person? What are you doing to make your seder different, meaningful and cool? Send us a brief description to community@jewishlouisville.org.