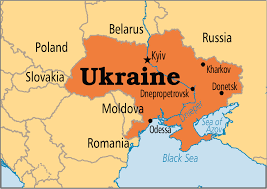 In 2015, Ukraine’s president signed a law whose critics say stifles debate on the historical record of World War II and whitewashes local perpetrators of the Holocaust.
Law 2538-1 criminalized any rhetoric insulting to the memory of anti-communist partisans. And it celebrates the legacy of such combatants – ostensibly including the ones who murdered countless Jewish and Polish citizens while collaborating with Nazi Germany.
The law generated some backlash, including an open letter by more than 70 historians who said it “contradicts the right to freedom of speech,” ignores complicity in the Holocaust and would “damage Ukraine’s national security.”
But as with similar measures in Europe’s ex-communist nations, the Ukraine law generated little opposition or even attention internationally — especially when compared to the loud objections to a similar measure in Poland that was signed into law on Tuesday by the president. The law had passed both houses of parliament in recent days. The United States and Israel joined historians and Israel’s Yad Vashem Holocaust authority in decrying the bill.
“The Ukrainian and Polish laws are similar, but in Ukraine’s case we didn’t see anything even close” to the avalanche of condemnations that Poland received, said Eduard Dolinsky, director of the Ukrainian Jewish Committee and a longtime campaigner against Holocaust revision in Ukraine. “I wish we had; maybe this law could have been stopped in Ukraine.”
To activists like Dolinsky, the singling out of Poland reflects the ongoing politicization of the debate on Eastern Europe’s bloody World War II history. They say the conversation is distorted by geopolitical tensions involving Russia, populism, ignorance and unresolved national traumas.
There are clear similarities between the Ukrainian and Polish laws, according to Alex Ryvchin, a Kiev-born Australian-Jewish journalist and author who has written about the politics of memory in Eastern Europe.
“Both seek to use the legitimacy and force of law to enshrine an official narrative of victimhood, heroism and righteousness while criminalizing public discussion of historical truths that contradict or undermine these narratives,” he said. Yet, he noted, “The reaction to the Polish law has indeed dwarfed the response to persistent state revisionism elsewhere in Europe in spite of the fact that the rate of collaboration was generally lower in Poland than in Ukraine and Latvia.” 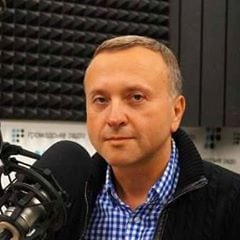 Eduard Dolinsky: The Ukrainian Jewish leader doesn’t understand why anti-Holocaust rhetoric legislation in his own country hasn’t generated the same public outcry as the Polish law.