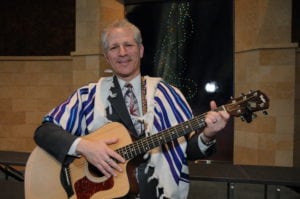 “A wise man does not burn his bridges until he knows he can part the waters.”
— Norman Wilson (The Wire)

I’m often told that I can sing Adon Olam to anything!
Well, not ANYTHING…
Yes, one can sing most metrical melodies with four or eight measures a phrase to the iambic octameter of Adon Olam. Yankee Doodle roughly fits that bill. So do America the Beautiful and I Want it That Way by the Backstreet Boys. Scarborough Fair has an extra measure that can be waited out pretty easily.
But does every tune actually fit the poetic majesty of Adon Olam?
The last Shabbat in January this year is the annual Shabbat Shirah, the Sabbath of Song, which celebrates the miraculous parting of the Sea of Reeds (often mistranslated as the Red Sea). The Song of the Sea, matched in the Haftarah with the Song of Deborah, is one of the few poetic celebrations of military victory in the Bible. Biblical scholars date both as two of the earliest Hebrew poems extant.
Similarly, Jewish music scholars note the traditional melodies sung by both Ashkenazim and Sephardim for the Song of the Sea as two of the earliest examples of authentic Jewish music, perhaps derived from a common source or Ur-tune.
With such ancient texts and melodies, it seems problematic to replace them with a modern composition or contrafact, the technical term for borrowed melody.
But what about Adon Olam, a more recent text sometimes ascribed to Solomon ibn Gabirol, but more cautiously assumed of anonymous authorship? Traditional melodies and even new compositions that capture its majesty are certainly welcome, but what about borrowed melodies? To borrow from Shakespeare, “To fit or not to fit? That is the question.”
Rabbinic authorities have weighed in on using “foreign,” i.e. non-Jewish, melodies for liturgical texts. Some say, Hell no. Others say, Absolutely, yes! And at least one says, sometimes.
Maimonides answers unequivocally, no. The idea that our sacred texts could be encroached upon by foreign tunes is absolutely prohibited according to the Rambam. In the ’60s when an older colleague allowed his USY teens to sing Adon Olam to Scarborough Fair, angry congregants stormed the bimah, associating the song with the infidelity of Mrs. Robinson from the then recent movie The Graduate. Similarly, none of my colleagues sing Adon Olam to Silent Night, as there would be a wholly different set of objections from the pews.
On the other hand, many Chassidic authorities consider the adoption of foreign tunes a way of sanctifying them, making them holy. Based on Lurianic Kabbalah, Israel Najara published hundreds of liturgical poems with instructions to sing many according to secular tunes of his time. We don’t have notation for the Turkish tunes of the 16th century he was referring to, but it would be hard to argue that they were any less appropriate than modern secular selections.
The “Goldilocks” option, preferred by Chayim Vital, also of Lurianic persuasion, approves the adoption of foreign melodies so long as there are no current associations with them, i.e. so long as no one in the congregation recognizes them.
As the musical sommelier of my own community, I find myself choosing non-liturgical tunes for prayer texts if their associations and melodic connotations fit the substance and spiritual intent of the liturgy. I can’t imagine an appropriate time for Yankee Doodle except Purim. America the Beautiful provides majesty during the Fourth of July and 9/11. Scarborough Fair and I Want it That Way supply lyric and emotional hooks that engage my community without sullying the poetry.
That said, I often prefer tunes that have been long applied to, or composed specifically for, Adon Olam. Whether modern or cloaked in the mystery of anonymity, I aim to support and enhance the poetry through its musical setting.
Whatever tunes we use, music is a compelling bridge with the power to connect us with one another. Great music may not part the waters, but it’s a great way to celebrate the conclusion of another productive week, another crossing through the Sea of Reality.
And we don’t even have to wait for the next Sabbath of Song.

(Cantor David Lipp is the hazzan of Congregation Adath Jeshurun.)