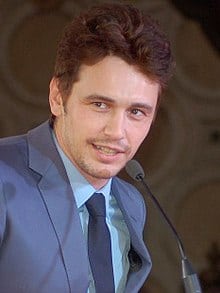 Five women said actor and filmmaker James Franco had acted in a sexually inappropriate way toward them, adding to earlier accusations on social media.
The women detailed the Jewish actor’s behavior in a Los Angeles Times article published Thursday. Franco’s attorney, Michael Plonsker, denied the allegations and pointed to comments made by Franco earlier this week, according to the Times.
On Tuesday, Franco denied allegations made on Sunday against him on social media, including by some of the actresses quoted by the Times, but also said, “If I have done something wrong, I will fix it — I have to.”
In 2014, Franco admitted to having flirted with a 17-year-old girl on Instagram and offered to rent a hotel room so the two could meet, after the girl posted photos of their exchange on the Internet.
On Sunday, Franco won the Golden Globes award for best actor in a feature comedy for his portrayal of the eccentric director Tommy Wiseau in “The Disaster Artist.” During the awards ceremony, he wore a pin expressing his support for “Time’s Up,” a movement against sexual harassment.
The accusations are the latest in a flood that has roiled the worlds of entertainment, politics and the media since November after dozens of women alleged that Hollywood movie mogul Harvey Weinstein harassed and in some cases assaulted them.