Live, from Louisville, it’s … Chanukah!
That was a true statement Sunday, December 10, as Louisville Public Radio’s Kentucky Homefront taped a special live performance from The J auditorium featuring music of the Festival of Lights. A crowd of 140 enjoyed the program while noshing on latkes and sufgauyot.
The show, dubbed the “Kentucky Homefront Chanukah Party” – an interfaith celebration – aired the following week on WFPK radio. The Jewish Community Relations Council sponsored the event.
In welcoming his listeners, Kentucky Homefront host John Gage said Chanukah “helps us to hold on to hope and reminds us to look for light in the midst of darkness.”
The Temple/Community/Choir, an ensemble of young and old singers from the various congregations and Hebrew schools, opened the program with O Chanukah O Chanukah, Sivivon Sov Sov Sov and I have a Little Dreidel.
The rest of the performers were Rabbi Gaylia Rooks and four members of the Shir Chadash, Cantors David Lipp and Sharon Hordes, vocalists Jennifer Diamond, Brigid Kaelin and Jai Husband. The band included Aaron Bibelhauser, Steve Cooley and Dennis Ledford.
Their selections included a classical Italian version of Moaz Tzur (Diamond); Ocho Kandelikas, a Ladino melody (Hordes); a bluesy version of Sufganiyot (Lipp) a country-western song called Mazel Tonk (Kaelin) and Adam Sandler’s Chanukah Song (Husband).
Throughout the program, between songs, students from St. Francis of Assisi School walked on stage, each posing a question about the history and meaning of the holiday to one of Louisville’s rabbis or cantors – eight questions for eight nights of Chanukah.
The most provocative of the questions was posed to Rabbi Laura Metzger: Is there a military aspect to the holiday, since it celebrates a Jewish victory over Syrian oppressors?
Yes, there is, Metzger said, noting the victory by the few but determined Maccabees over a larger and more powerful force.
“But war is not what we want to celebrate,” she said. Over time, the sages shifted the focus of the holiday “from the military might to the role of providence.”
“Though we accept the need to have military power, we dream of a time when military force is not necessary,” Metzger said. The true emphasis, she added, is on “celebrating the miracle while gazing at the Chanukah lights in gratitude and awe.” 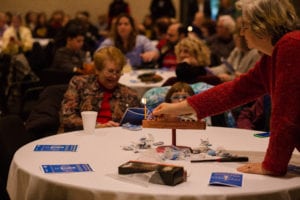 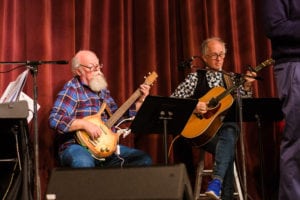 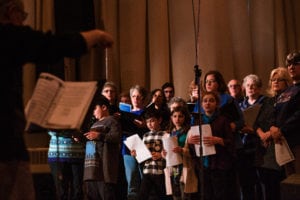 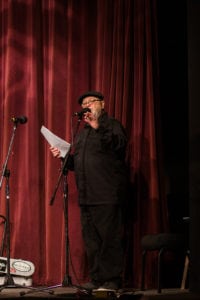 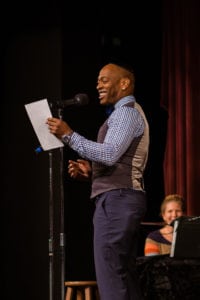 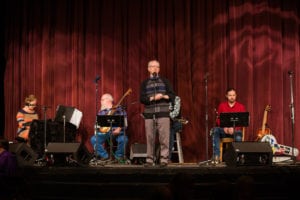