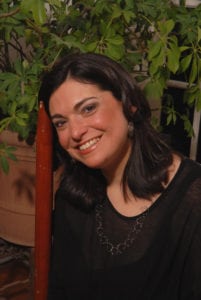 “Women are obligated to light the Chanukah menorah, for they took part in the miracle of being saved from the decree of persecution.”
– Rabbi Joshua ben Levi, Shabbat 23a

When we teach the Chanukah story, we tend to focus on the role that Judah Macabbee and his brothers played in defeating the great Syrian army. These men were brave rebels who were driven to defend Judaism against the rising forces of assimilation around them.
However, many of us did not learn in Sunday school that there were also courageous Jewish heroines who, while not directly connected to the Chanukah story, nonetheless came to be associated with the holiday for having courage and strength of character on par with the heroic Maccabees.
Take, for example, the story of Judith. In the Babylonian period, in a city besieged by the Syrians, the Jews were about to give up hope. Judith took it upon herself to leave the city and enter a Syrian camp. Having noticed that she attracted the attention of the Syrian general, she used his weakness to her advantage. Judith prepared a great feast for him and his men, replete with salty cheeses that would make him thirsty for wine. When the general passed out from intoxication, she beheaded him. The traumatized Syrian army fled, and the Jews were victorious.
A similar story of fiery “heroine-ism” can be found in the story of an unnamed daughter of a high priest whose rebellious actions brought down a Syrian governor who had passed a decree allowing him to defile Jewish brides on their wedding nights.
In an act of radical protest, the high priest’s daughter immediately disrobed at the conclusion of her wedding ceremony. When her enraged brothers threatened to kill her for her shocking indecency, she called out, “Over my nakedness you become angry, yet over what the governor will do to me, you remain silent?” Upon hearing their sister’s impassioned accusation of hypocrisy, the brothers killed the governor instead, inciting a revolt.
In this context, we also cannot forget Hannah, who, together with her seven sons, boldly stood up to King Antiochus in response to the rules he enacted to keep Jews from studying Torah. According to the king’s harsh decree, anyone found observing religious laws or possessing a Torah scroll would be put to death.
When Hannah and her sons found themselves among the many arrested for violating this law, the family chose martyrdom over a life divorced from Jewish learning and observance. Hannah’s sons endured torture before being put to death. Hannah, having witnessed the horror of her sons being killed before her eyes, leapt to her own end.
While these women’s actions may sound extreme to our ears, their acts of bravery and faith have been held up as most admirable and worthy of celebration.
This year, as we light the chanukiah and sing songs of the bravery of the Maccabees, let us also turn our thoughts to these brave women who risked their lives and safety for the same principles.

(Cantor Sharon Hordes is a spiritual leader of Keneseth Israel.)