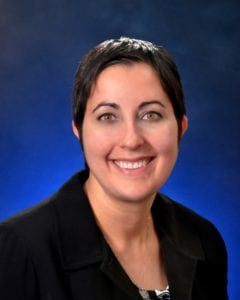 Rabbi Nadia Siritsky, vice president of mission for KentuckyOne Health, will join a panel of faith leaders for a roundtable discussion entitled, “The Sacred Meaning of Death” A Spiritual Round table,” Tuesday, October 17, from 5:30 to 7:30 p.m., at Simmons College.
The round table, which is part of the partnering with the Second Annual Before I Die Festival (BeforeIDieLou.com), is being hosted by the Center for Interfaith Relations (CIR). The wisdom from the Jewish, Catholic, Muslim, and Baptist spiritual traditions will be addressed.
In addition to Siritsky, the panelists are Imam Muhammad Almoutem of the Muslim Community Center of Louisville, Father Paul Scaglione of Gennesaret Ministries and Saint Luke Center and Ken B. Jobst, professor of religious studies at Simmons College. The moderator is to be announced.
The roundtable is part of an ongoing series of “conversations on meaning” hosted by the CIR in collaboration with local partners, which are also filmed and posted to its Youtube Channel.
More information is available by clicking here.