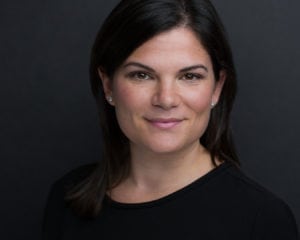 Michelle Hirsch, co-chair designate of Jewish Federations of North America’s National Young Leadership Cabinet, will be the feature speaker at the Jewish Federation of Louisville’s Annual Campaign Kick-Off, Sunday, October 29, at The J.
Hirsch will share her personal story about her involvement in the Cleveland Jewish community.
This past summer Hirsch became the youngest person to have co-chaired the Young Leadership Cabinet – the premier leadership philanthropic program for Jewish men and women ages 30-45 across the U.S. and Canada. Hirsch also sits on the Executive Board of The Jewish Federation of Cleveland, serving as a campaign vice chair. She has previously chaired Young Leadership and co-chaired the Women’s Philanthropy Outreach & Engagement and Lion of Judah.
Hirsh is a member of the executive boards of Cleveland’s Jewish Family Services, ORT, The Joseph & Florence Mandel Jewish Day School, and University Hospitals MacDonald Women’s Hospital Leadership Council. Professionally, she is senior vice president of Brunswick Companies, the third-generation family-owned insurance and risk management consulting firm serving clients nationwide.
She manages and oversees Brunswick’s key business development, client relationships and overall business operations.
Jerry and Madeline Abramson and Ariel and Faina Kronenberg are this year’s campaign co-chairs. For more information, contact Julie Hollander, director of women’s philanthropy and outreach, at 502-238-2796 or jhollander@jewishlouisivlle.org.

Sobel-Berlow joins Emerging Leaders
Lisa Sobel-Berlow, engagement and digital media coordinator for the Jewish Family & Career Services, has been accepted into the September 2017 class of the Young Professionals Around Louisville Emerging Leaders Program.
The program, now in its fifth year, addresses specific leadership development needs of young professionals in the Louisville community.
During the next three months, Sobel-Berlow and 19 other participants will engage in structured exercises and assessments to improve awareness about themselves and others. They also will interact with community leaders.
Class participants will develop a clear understanding of their purpose, values and strengths to aid in their goal of being a more effective leader.
“I am thrilled to be participating in this prestigious program over the next few months,” Sobel-Berlow said in a prepared statement. “I know that it will add much value to the work I do within the Jewish community and will be a chance for me to grow as a leader. 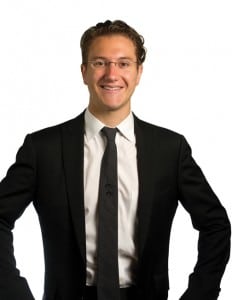 Teddy Abrams, music director conductor of the Louisville Orchestra, leads the ensemble in a new recording – the first from this orchestra in nearly 30 years.
All In, as the album is titled, will be released on Decca Gold on September 22. It features a new work composed by Abrams, “Unified Field,’ as well as Aaron Copland’s Clarinet Concerto with Abrams as soloist
Chanteuse Storm Large joins Abrams and the orchestra for three songs: a Cole Porter classic, one of her own original works, and a song by Abrams.
“We have selected works that deliberately join styles of music in a pluralistic – or American – way,” Abrams said in a prepared statement. “The strength of our country’s art is both its great diversity of expression and our relationship with populism – the music of the people. The works in this collection all relate to American populism and iconoclasm (sometimes one and the same) as a central theme.”
Vocalist Storm Large, who has collaborated frequently with Abrams and the Louisville Orchestra, is a musician, actor, playwright, and author. She has performed with Pink Martini, and appeared with the San Francisco Symphony, Pittsburgh Symphony, and made her Carnegie Debut singing Kurt Weill’s “Seven Deadly Sins” with the Detroit Symphony, which she also performed with the Louisville Orchestra in 2014
In addition to the Louisville, Abrams is the music director and conductor of the Britt Orchestra in Oregon. He promotes interdisciplinary collaboration with organizations including the Louisville Ballet, the Center for Interfaith Relations, Oregon Shakespeare Festival, the Speed Art Museum and the Folger Shakespeare Library.

Paws with Purpose named ‘Fan Favorite’
Paws with Purpose is the 2017 Fan Favorite in the Inc. credible Awards competition.
Founded in 2003 by a group of volunteers, Paws with Purpose is a local nonprofit organization dedicated to providing highly trained assistance dogs, free of charge, as partners to children and adults with mobility disabilities, PTSD, Autism or other special needs.
Upon completing two years of intensive training, prior to placement, each dog is valued at over $20,000.
“These dogs provide comfort and companionship, help break down social barriers and perform many skilled tasks which help their partners lead more independent lives,” board President Sheilah Abramson-Miles said in a prepared statement. “Our puppies in training and our therapy dogs make presentations to schools and other civic groups upon request to educate the community on the profound difference a service dog can make to a person with a disability.”
Abramson-Miles said the organization partners with several schools in the area for a Read to the Dog program, where children who are struggling to read spend time reading to “their” dog in a quiet and non-judgmental environment.
Contact Elaine Weisberg, vice-president of Paws with Purpose at 502-608-1971 or 502-458-7007 for more information.

Jewish educators hone skills at conference
Seven Jewish educators, representing the three supplemental religious schools in Louisville, attended New CAJE8 at St. Mary’s College in Moraga, California, from August 6-9.
JHFE awarded a grant, which enabled the educators to take advantage of the conference and develop their skills.
Sarah Harlan, principal at The Temple Religious School and the High School of Jewish Studies (HSJS), wrote the grant application to include teachers and administrators from The Temple, LBSY, and HSJS. The Louisville contingent included Matthew Derrenbacher, Barb Fabricant, Sarah Harlan, Susan Jaffe, Elana Levitz, Bonnie McCullagh and Bev Weinberg.
CAJE8 offered more than 150 workshops. Mussar, music, technology, Talmud, welcoming interfaith families and Jewish adolescence were among the topics.
The conference also included evenings of music, dance and other entertaining programming.
CAJE stands for Conference on American Jewish Educators. New CAJE grew out of the original organization of the same name, which was founded in 1976, but went out of existence after 32 years.
The organization facilitates interaction between new and seasoned educators, and the exchange of ideas and methods.
During the conference at St. Mary’s, the Louisville group met Jewish educators from around the country, learning from their successes and challenges. Several of the participants had their own connections to Louisville.

Jordan Price gets kids to ‘talk like a pirate’ 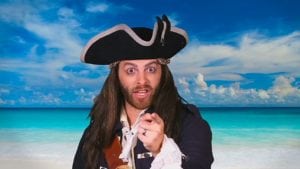 Jordan Price participated in Long John Silver’s “Talk Like a Pirate Day,” Tuesday September 19.
In a series of social media videos, Price, a Louisville actor, director, drama teacher and featured CenterStage performer, got some tiny buccaneers ready for the pirate-themed holiday. The videos feature three local kids demonstrating how to get a treat by talking like a pirate in return for a Deep Fried Twinkie.
Price currently teaches drama at Lincoln Elementary Performing Arts School in downtown Louisville. He has appeared in local, regional and national commercials and stages across the country. Most recently, he took the helm as director with New Albany River Stage’s production of THE SCHOOL of ROCK.
Long John Silver’s borrowed pieces for the pirate costume from Louisville’s Frazier History Museum to make the videos more authentic.
Price’s videos can be streamed at Long John Silver’s social media on Twitter, Facebook or Instagram.