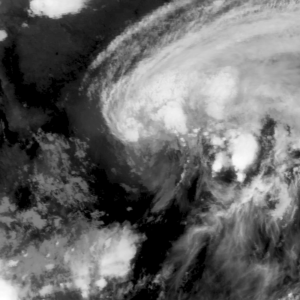 A satellite image of Harvey

The Jewish Federation of North America has opened an emergency relief fund to support communities and individuals in Houston, San Antonio, Galveston, Corpus Christi and other areas that have been hammered by Hurricane Harvey.  With record breaking volumes of rain having fallen through the weekend and expected to continue through tomorrow, extensive damage is continuing to mount.
Lee Wunsch, CEO of the Houston Federation, reports that the amount of rain and resulting flooding has surpassed that of the massive storm two years ago.  Bayous and tributaries are flooding beyond their banks and roads are impassable.  People whose homes are flooding are being advised to go up to their roofs so they can be evacuated; emergency workers were evacuating stranded residents through the night.
We know that several Jewish communal institutions that flooded two years ago have flooded again, but communities in the affected areas won’t be able to start assessing the scope of damage to institutions and members of their communities until the rain stops and roads become passable.
Please alert your community members to the mounting toll of this storm and encourage donations to the emergency relief fund that has now been established.
Federation marketing professionals have been provided links and resources to enable web-links and email blasts.
We will continue to update you as the storm subsides in the next days and the needs in the affected communities becomes clearer.