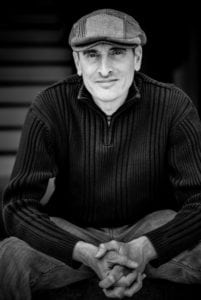 I stood on the paving stones of Grant Street in downtown Pittsburgh with a pack of other reporters, standing between hastily erected chain link fences that separated us from an angry crowd and the steps of the City-County Building.
We were all waiting for them to come out. We didn’t have to wait long.
Within minutes, a thuggish gang stormed from the front doors of the government building wearing various arrays of white sheets, hoods, storm trooper helmets and masks – the Ku Klux Klan. Carrying swastikas like battle flags, they stood behind a lectern while their leader spoke.
For the next 20-30 minutes – I really don’t recall how long it lasted – that hooded Klansman spewed the kind of hatred that covers your soul like mud. I felt dirty as I filled my notepad.
He talked about what they wanted to do to blacks and Jews (only he didn’t use the words “blacks” and “Jews.”) One in the bunch took the opportunity to demonstrate his judo moves for the crowd, just to show that he had the skills to get the job done.
All the while, the counter-demonstrators raised a deafening din, trying to drown out what the Klansman was saying. Some of them picked up pebbles and hurled them in the Klan’s direction, most of them falling short and stinging the reporters instead.
Police handcuffed one protester. “I hate the Klan!” he shouted to us as they led him away.
Above it all, I saw a group of people standing on a roof about a block from the action. We understood they were federal agents taking pictures of the white supremacists as they stood ramrod straight on the steps.
We knew the situation was volatile and could get out of hand, but it never did. The Klan staged its little circus, its members’ constitutional rights were exercised, and they quickly left the same way they came, through the doors of the City-County Building.
Police kept a tight lid on the pot. Crisis averted.
That was 17 years ago. Sadly, things did not go as well on Saturday, August 12 in Charlottesville, Virginia, during yet another white supremacist rally. A man plowed his car into a crowd of counter-demonstrators, killing one woman and injuring 19 others. Two Virginia state troopers, monitoring the situation from the air, died when their helicopter crashed near a golf course.
All of which was bad enough, but it was made worse, when President Donald Trump, responding to the violence, chose not to condemn the supremacists by name. Instead, he directed his comments to people “on many sides.”
(Several hours later, the White House, in an effort to control the fallout from the president’s words, finally issued a statement from an unnamed spokesperson condemning “white supremacists” for instigating the violence.)
These events made me think back to that day on Grant Street in Pittsburgh, to the protester who police arrested, and especially to those people behind that fence, trying futilely to hit the hate mongers with their pebbles.
Were they right to throw stones? No. Frankly, it would have been better had the Klan staged its show for an empty street – no reporters, no protesters. No one.
That didn’t happen, but it doesn’t mean that the anti-Klanniks, wrong as they were to throw those stones, had sunk to the same depth as their targets.
The same is doubly true for Charlottesville, where the good guys were the victims. Still, the president could not bring himself to explicitly lay blame for the weekend mayhem at the feet of those who were directly responsible.
Are the police investigating? Yes, Would they need to if the rally never took place? The answer is obvious.
The white supremacists went to Charlottesville looking for an incident. They reasoned that the president, who soft-peddled their support for him during the campaign, wouldn’t call them out by name.
They were right.
We’ve come along way since Pittsburgh, but I can’t help but worry that it’s all in the wrong direction.

(Lee Chottiner is the interim editor of Community.)