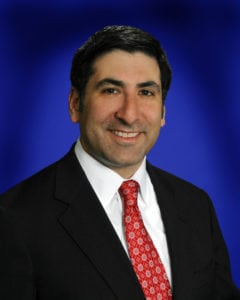 Corey Shapiro, a member of the Jewish Community Relations Council and this year’s recipient of the Julie E. Linker Community Relations Young Leadership Award from the Jewish Community of Louisville, has received yet another honor
The Frank Family Leadership Institute and the Jewish Council for Public Affairs (JCPA) have accepted Shapiro as a 2017-2018 Frank Family Fellow in recognition of his work in the field of Jewish community relations.
According to an acceptance letter to Shapiro signed by JCPA President David Bernstein and three other officials, “Your acceptance in the program shows your commitment to your JCRC, and comes with the understanding that, upon completion of the program, you will become and remain involved with your local JCRC and the JCPA.”
As part of the fellowship, Shapiro will take part in a mission to Poland, including a visit to Auschwitz/Birkenau, from November 29-December 3.
He also will join the JCPA Leadership Mission to Israel from December 3-8, spending a week there in JCPA leadership meetings with key decision makers and experts.
Finally, Shapiro will attend the JCPA’s 2018 annual national conference in New York from April 21-25, 2018.
Throughout the year, Shapiro will take part in webinars on the JCPA, the Holocaust, the Israel-Palestinian conflict and other current events.