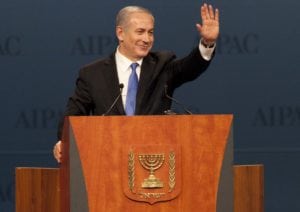 JERUSALEM — Prime Minister Benjamin Netanyahu’s personal attorney in a corruption investigation into the purchase of German submarines was placed under house arrest.

Police questioned David Shimron, 65, who is also a cousin and friend of Netanyahu, on Monday and placed him under house arrest for three days, it was announced Wednesday following the lifting of a gag order. He was among several people questioned this week, and at least six were arrested, in an investigation known as Case 3000.

Police suspect a series of crimes was committed surrounding the purchase of three submarines from the German company ThyssenKrupp, including bribery, fraud, tax evasion and money laundering.

Germany has authorized the sale of the submarines to Israel, though with a clause that allows the deal to be canceled over the results of the investigation.

Among the suspects are Avriel Bar-Yosef, former deputy head of the National Security Council; Michael Ganor, a businessman and former military official who was heavily involved in the deal as ThyssenKrupp’s Israeli agent, and former Israeli Navy commander Maj. Gen. Eliezer Marom, who is now in the reserves.

The investigation began in November after allegations that Shimron convinced Netanyahu to purchase the subs from ThyssenKrupp rather than through an international tender.

Netanyahu currently is not a suspect in Case 3000, police have asserted.

Former Defense Minister Moshe Yaalon, in an interview Tuesday evening with CNN’s Christiane Amanpour, said Netanyahu will be indicted in the affair. Yaalon, who served as defense minister in 2015 at the time of the deal, was opposed to the purchase.

“Too many issues are under investigation,” Yaalon told Amanpour, also referring to investigations regarding gifts from businessmen overseas and an alleged deal with the editor of a major Israeli newspaper for favorable coverage. “I believe that at the end we will witness indictment.”