I have spent 10 of the last 24 hours waiting in lines, and that is no exaggeration. I took one flight from Louisville to LaGaurdia at 3:30 p.m., then took a 40-minute cab ride (because there was so much traffic) to JFK and met up with my teammate, Syd Schulman. We had never met before, and ended up having to wait in line with all of the other athletes for four hours before the line finally started moving. We had ample time to get to know each other and the other teammates. I met almost all of the squash players, triathlon athletes and fencers.

When we finally got through the check-in at 10:30 p.m., and we had to sprint to security to wait in another line. In this line, I learned that my fellow teammate had her own business, a string of horses, and participated in the Olympic tryouts. I think I am going to learn a lot during my three weeks here.

After a little while longer waiting in lines for security and boarding the flights, we were finally on our way. I met my coach, Kate Levy, who greeted me with pizza for dinner at 11:30 p.m., a dressage team member, Hope Cooper, who is on the U-25 and has an individual bronze medal from NAJYRC, and Rebecca Cord, another dressage rider, who I haven’t gotten to know that well yet, but is very nice.

I sat next to a high school squash player who taught me all there is to know about the sport. The flight flew by (pun intended) since I slept eight of the 11 hours. After 2.5 more hours of waiting in line for customs and our bags, we were finally on our way. I met my second teammate, Cloe Hymowitz, in baggage claim for a few minutes, and then went to the hotel for orientation. 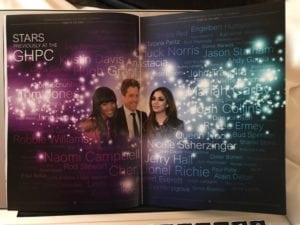 Upon leaving the airport, there was a huge wall on the road that was painted with “Maccabiah 2017” and paintings of athletes, and I ran over and had to take a video of it because it was so cool! Israel knows were here.

When we got to the hotel, Kfar Maccabiah in Tel Aviv, it finally sunk in that the best Jewish athletes really were here, all in one place, and radiating their USA spirit. We were sent to a huge auditorium for orientation and there had to be 1,000 athletes in there (masters aren’t here yet) and it was very, very cool. We are participating in the Israel Connect program for the next few days full of team work-outs, traveling to different parts of the country. Hopefully we’ll go to barns to ride some horses, then eat falafel!

I am in my room with my roommates, Haley Schaufeld, my third teammate who flew in from competing in Treffen, Austria, and Leah Marks who is a dressage trainer from Atlanta.

I apologize for the more informative, and less amusing blog post, I haven’t really gotten to do much besides wait in lines, explain to athletes that I didn’t bring a horse on the plane, and meet everyone, but I promise the fun (hopefully) starts now.

Today, we have a team workout in the morning, then we are going to Jerusalem to see the Old City. Oh, and I just woke up and am talking to Haley; Mariah Carey, Lionel Richie, and Robbie Williams, all preformed at her horse show. So, that’s normal. (Chuck Norris and John Travolta were there as well, the image of this post was taken from her program.) I am definitely going to try and groom for her one day.

I promise, my next blog will be more interesting.