The Jewish Federation’s new director of women’s philanthropy & outreach, who started in April, is on her second stint with the Jewish Community of Louisville. She served as the JCC’s camp & youth director here from 2009-2013. 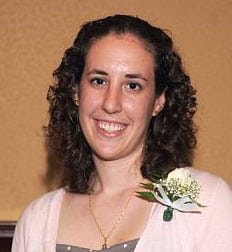 Hollander is a career administrator in the Jewish nonprofit sector. She also served as teen director and camp director at the Sid Jacobson JCC on Long Island, NY, and as senior associate for teen programming at Jewish Volunteer Connection at The Associated in Baltimore.

In her second stint in Louisville, Hollander is focused on connecting more women to the Federation movement, increasing their involvement and leadership.

“Changing culture is not easy,” Funk said in a statement. “Within philanthropy, we have are committed to strengthening our relationships with supporters. It takes an outgoing and committed staff to do this. Bringing Julie back fully aligns with commitment as she is engaging, personable and well respected. We are thrilled to have her on the team.”

A graduate of the University of Delaware and the C.W. Post Campus of Long Island University, where she earned a master’s of public administration in nonprofit management, Hollander, a Columbia, MD, native, says her immediate priority is to reacquaint herself with Jewish Louisville.

She said she is excited about enhancing her skills as a fundraiser. “That’s how nonprofits survive, by fundraising,”

Hollander envisions programming with the Women’s Division, finding new ways for women to interact together and to learn more about the local and global needs the Federation system serves.

Years ago, retirement was simple and clear cut. Retirees left a job for a period of 10-15 years to live off social security and enjoy life. Now, retirement can stretch 25 to 30 years. Adults, ages 55+, often feel a …