This year’s slate of honorees by the Jewish Community of Louisville include young and old, longtime residents of the city and relative newcomers.

Here is a rundown of this year’s winners: 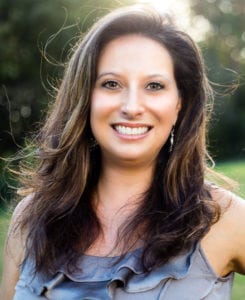 When Dara Woods moved to Louisville from Rockland County, NY, in 2008, she wasn’t prepared for the effort it would take to live a Jewish life here.

“When you’re in New York … you don’t have to work too hard to be Jewish because [so many] are,” she said. “But moving some place like here, you have to seek out other Jewish families; you have put yourself in a position to be surrounded by other people with the same values and as you.”

That she has done.

Woods, a Louisville realtor and this year’s recipient of the Lewis W. Cole Memorial Young Leadership Award, cochaired the family cluster for YAD and is chairing the Yom HaAtzmaut Festival planning committee.

Her proudest accomplishment, though, was in bringing the Jewish Women Renaissance Project to Louisville, through which she organized last November’s MOMentum mission. That trip sent 18 Louisville moms with kids under 18 to Israel.

“When I discovered this program existed, I knew we had to bring it here,” Woods said, “to get mothers together, to create a network of Jewish moms who learn, play interact together and are a source of sparking new leaders and engagement in Jewish life.”

The idea behind MOMentum is to inspire young mothers to become advocates for Israel and live Jewishly.

“We want to bring the love of the country and all the special things we experienced back to the community in a fun and educational event,” said Woods, who will be returning to Israel this November as a madricha for the second group of Louisville MOMentum women. 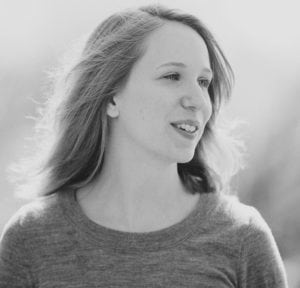 Since the Joseph J. Kaplan Young Leadership Award is named for a past leader in Jewish education, Devon Oser, this year’s recipient, holds the same value.

In particular, Oser, 30, said a Jewish education “teaches young people to think critically about their surroundings, question fundamental truths to make decisions for themselves, and learn the joys of community service is invaluable.”

Originally, from Columbus, OH, Oser, an attorney, came to Louisville in 2012 to work in the Public Defender’s Office. She is currently with the firm of Kircher, Suetholz & Associates.

Soon after her arrival, Oser got involved in young Jewish adult activities – YAD, since 2012, director of Louisville Hillel from 2014-15, co-chair of the YAD Gala and YAD chair since 2016.

“I was not very active in any Jewish community before moving to Louisville,” Oser said. “I took a chance by reaching out to the Louisville YAD group as a way to expand my social surroundings. Without taking that risk, I probably would not have met my husband and would not have met some of my closest friends.

“I want to make sure that every newcomer to Louisville, especially those who are currently unaffiliated, experience the openness and generosity that I felt from the Jewish community,” she added. 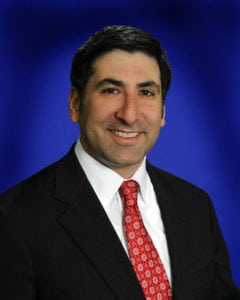 After graduating from Washington University of St. Louis, he went to work for People for the American Way, an advocacy group defending constitutional values.

Since coming to Louisville in 2015, Shapiro has joined the board of the Jewish Community Relations Council (JCRC). More broadly, he serves on the Committee on Litigation and Legal Priorities at the ACLU of Kentucky.

“Having an active and vocal Jewish voice is important, especially in these political times,” Shapiro said. “I think it’s very important to understand Jewish values; we as a Jewish community are outspoken on those values. They unite us; they’re our core.”

Shapiro is the 2017 recipient of the Julie Linker Ward, which recognizes a adult taking on leadership responsibilities with the JCRC.

“It’s important that we have a next generation of Jewish leadership, Shapiro said. “I want to be part of that, especially in areas where the Jewish population is not growing.”

Shapiro, 43, and his wife moved to Louisville from Chicago so she could take a job as an OBGYN at the University of Louisville. He works at the law firm of Fultz Maddox Dickens, where he practices in the areas of business, healthcare, employment litigation and electronic discovery.

But his Jewish involvement goes back this teens.

Since then, the family has gotten involved in YAD, Shalom Baby and swimming at The J.

“Our daughter takes swim lessons at the JCC,” he said. “The JCC has become a true community center for our family.” 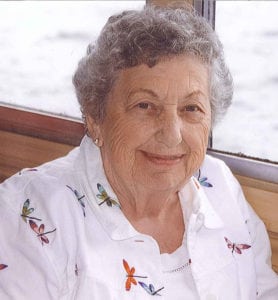 Delores Levy knows what it’s like to be different. Growing up in Greensburg, KY, population 1,500, gave her that appreciation.

“We were the only Jewish family, but there were eight of us – six children,” Levy recalled. “They (the neighbors) knew we were different, but they came to my father for matzah for communion.”

These days, as a volunteer at The J’s Senior Adult Department, Levy is working with others who must feel just as different: newcomers to America seeking to become naturalized citizens.

Levy talks to them, helps them with their English. She even gives them a few civics lessons, especially about voting.

“My thinking on it is, they have to know the language, but it’s almost more important to instill in them and make more American,” she said.

Above all, Levy wants to make them feel welcome, and a little less lonely.

“If they can come here and get an hour or two of laughter,” she said, “that’s what’s important.”

For these efforts, Levy will be presented the Elsie P. Judah Memorial Award for volunteer service to senior adults.

Levy has been coming to the JCC for 61 years. Her three sons grew there playing sports, with their mother watching from the bleachers.

She has also been active in Hadassah, and belongs to Adath Jeshurun.

The outgoing Levy said volunteering just comes naturally to her.

“The volunteering just happens when I’m down there,” she said. “I just sort of talk.” 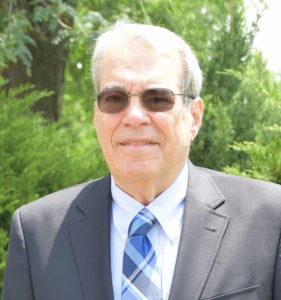 When Alan Glaubinger moved to Louisville from Fredericksburg, VA, he got involved Keneseth Israel and joined its board.

Eventually, the family moved to The Temple, and Glaubinger joined its board.

His kids went to the Louisville Hebrew School, so he joined its board, too.

Glaubinger, 76, a Louisville resident for 35 years, loves to volunteer, but not for its own sake. The retired stock broker has a philosophy about volunteering.

“The only way the Jewish community is going to survive is to give of themselves – not just their money but their time – to make sure the organizations function, and you don’t need to be a gantzer macher to do it…. Be alive to stay alive.”

Glaubinger is this year’s winner of the Ronald and Marie Abrams Volunteer of the Year Award. Though his volunteerism is seen in many sectors of Jewish Louisville, the JCL specifically cited his service on the Federation’s Investment Advisory Committee and his work as one of its brokers for many years.

Glaubinger liquidates securities gifts from donors and remits the money back to the Federation. Though many brokers have done this work for the Federation, for the past couple of years, Glaubinger has not accepted a commission.

“It a way of adding to your gifting,” he said of his service.

Glaubinger is well motivated to work for Jewish Louisville. He recalled 35 years ago when he and his wife, Janice, closed on their first house here.

“We were met at the door by Sandra Berman and her two girls, who said, ‘I’ve been told you were moving in; I’d like to introduce you to the neighborhood,’” Glaubinger recalled. “She and Harris (her husband) were our entre into the Jewish community.”

He appreciated what Berman did so much that he started the Sandra K. Berman Shalom Louisville Fund to assist newcomers.

“We’d go to their [house] every year for break the fast and she had new people there all the time,” he said of Berman. “She was always on the lookout for newcomers.”

He also started the Samuel A. Glaubinger Youth Fund, named for his father who coached kids in the Synagogue Basketball League in Hartford, CT.

His wife, Janice, also has the volunteer spirit, working for JFCS, NCJW and Metro United Way.

Aside from Jewish Louisville, Glaubinger has given his time to the Army Reserve, Family and Childrens Place and the Cubs Scouts (“I was a den mother”).

“I believe in joining,” he said. 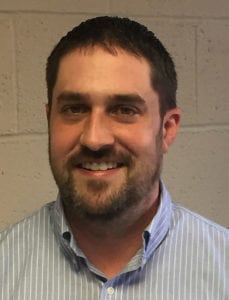 While Jewish Louisville gets involved with JTomorrow!, considering what a future J would look like and how it might function, Tom Wissinger is quietly working on the project.

Wissinger, JCC program and operations director, is a liaison to the project manager. Together, they analyze the current and proposed facilities and work with the architects.

“All the stuff people aren’t seeing, but move us from A to B and C to D, that’s me,” said Wissinger, this year’s recipient of the Arthur S. Kling Award.

The Kling Award typically goes to a JCL staffer.

A Johnstown, PA, native and graduate of Slippery Rock University, Wissinger, 37, has been at The J since 2013, first as a contractor at WTS International, running the center’s Health and Wellness Department. He officially joined The J staff in 2014 and eventually took over operations and oversight of Center- Stage, Arts & Ideas, Seniors, and Youth and Families.

“I was a magnet,” Wissinger said. “I just kept getting more and more responsibilities.”

Interestingly, he may be the only staffer to work extensively in an Arab country. He spent 2006 in the Persian Gulf emirate of Qatar, managing facilities and operations for the Asia Games. Four years later, he was back to work on the 2010 Asia Cup soccer championship and the Arab Games.

‘Step back, stop, breathe’ Every week, I write an email to all of Jewish Hospital, Frazier Rehab, along with all of the Jewish Medical Centers and Jewish Hospital Shelbyville, and several other members of the Catholic Health Initiatives family, reflecting …

The 13th annual Republic Bank Players Challenge will be held on Monday, June 26 at the Standard Club. As many as 110 participants are expected to register this year. The tournament supports services that are vital to families in Jewish …