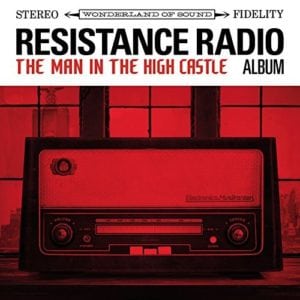 NEW YORK — Let’s imagine, for a moment, that the Nazis won World War II and occupied the United States. If that had happened, what would postwar American pop music have sounded like? Would music have even been created in the forms we know today?

Those are just a few of the questions the indie rock veteran Sam Cohen contemplated while working with star producer Danger Mouse on “Resistance Radio: The Man in the High Castle Album” — a soundtrack of sorts for the second season of the popular Amazon Studios show that imagines a postwar America in which the West is occupied by Japan and the East is controlled by Nazi Germany.

Inspired by the series, which itself was inspired by a Philip K. Dick novel, the album imagines the kind of music that would be aired from a pirate radio station — briefly referenced in the series — that broadcasts from a neutral zone independent of German and Japanese control. An array of musicians, from Norah Jones to Beck to The Shins’ James Mercer, perform covers of 1950s and ’60s pop songs.

The project, which an Amazon executive pitched to Cohen and Danger Mouse (real name Brian Burton) around the week of President Donald Trump’s election, has taken on some unexpected political heft. After all, hashtags such as #Resist and #TheResistance have become the mantra of anti-Trump protesters.

Likely playing off this popularity, Amazon launched a promotional website for the series, set in the show’s universe, that plays “Resistance Radio” songs between rants from three fictional pirate radio hosts. One is a Jewish comedian named Jake Rumiel, who hosts a show called “Firing Squad” — a name that nods to his precarious existence as a Jew in the “Man in the High Castle” universe.

Cohen said he didn’t set out to create a contemporary political statement with “Resistance Radio.”

“When I make music, regardless of the context, I think about music and that’s essentially joyful,” Cohen, 37, told JTA. “I never really saw this record as a truly political thing. That was sort of placed on this.”

Nevertheless, while Cohen may not construe the album through a political lens, there is something inherently dark about rethinking American pop tunes in a Nazi-occupied country. The resulting songs are at times slower, sadder — and definitely creepier — than the original versions.

Take “Unchained Melody,” a 1955 song made famous 10 years later by the Righteous Brothers and sung by Norah Jones on the album. Cohen said he toiled to make the instrument arrangements and sounds feel “a little broken” and “injured.” A listener could imagine Jones singing with a frown on her face to a room full of Nazi officers.

“The sound is so soupy, it’s hard to decipher who’s doing what. And the whole thing seems to swing, but when you really dissect it, everyone’s playing it as straight as can be,” Cohen said. Picking those things apart, that plays the part of wiping that smile off, taking off the dimples.”

Those ambiguities apply to the other songs on the album, including “Who’s Lovin’ You,” a Jackson 5 tune sung by Kelis (of “Milkshake” fame); a haunting version of “The End of the World” sung by indie darling Sharon van Etten, and “Who’s Sorry Now,” a song first written in 1923 and sung here by folk rocker Angel Olsen. Cohen himself sings two songs on the record: a spare, acoustic rendition of “The House of the Rising Sun” and an ironically languid version of “Get Happy.”

Adding to the authentic vibe: Cohen and Burton recorded the project quickly, under tight deadlines — a very 1960s mindset — and using only techniques that would have been available at the time.

This kind of back-room manipulation takes years to perfect, and Cohen has put in his time. While growing up in a Jewish household in Houston (his family went to synagogue every week), he was drawn to blues guitar music and began playing shows at local bars at 16. After attending Berklee College of Music in Boston, he played for nearly a decade in the psychedelic rock band Apollo Sunshine before forming as Yellowbirds. His fans likely know him best for these albums, in addition to his solo debut, “Cool It,” in 2015.

An accomplished producer as well, Cohen has played guitar on tracks for a wide range of artists, from Bob Weir of the Grateful Dead to pop star Cee-Lo Green.

Cohen noted he’s had a bit of experience with real-life Nazis as well. While playing in a bar in Houston in his teens, a group of neo-Nazis stormed the stage and attempted to sing racist songs. Luckily, Cohen said, he had an “enormous” friend there who quickly restored order.

While not religiously observant, Cohen calls his longtime friend and fellow musician Josh Kaufman, who played with him in Yellowbirds — and one of many Jewish indie rockers Cohen works with — “Rabbi Kaufman” (because “he has a beard and is wise,” he said).

Cohen is working on a new solo album, with Burton as a producer — that is, when he isn’t worrying about Trump and the political atmosphere. If “Resistance Radio” wasn’t meant as a cautionary take on the current president, Cohen isn’t shy about sharing his views of the white supremacists who embraced Trump.

“It’s so weird that these beer-bellied Americans are Nazis. When did that happen? It’s all about stripping rights from immigrants and women and gay people, but it’s all free speech for Nazis,” he said.

Asked to imagine a music business under a Nazi occupation in the 1960s, Cohen superimposes the past on the present — much like the “Castle” series.