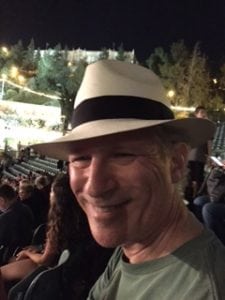 I was recently skimming through the collected poetry of Wallace Stevens and stumbled upon one of his most famous poems, 13 Ways of Looking at a Blackbird. I understood most of it but had to look up #VII. Where was Haddam? Well it seems Haddam was a small community in Connecticut near Stevens’ home and that stanza referred to golden statues of blackbirds, never as glorious as the real thing. When I googled the question, there was even a suggestion that this was an oblique reference to the Golden Calf as a fake representation of God.

I decided I would write my own version of 13 Ways but not of looking at a blackbird. Before I share it with you, I want to explore an important rabbinic ideal: Biblical Chronology.

Is the Torah chronological or isn’t it?

According to some rabbis, it is, unless otherwise stated. According to others, there is no such thing as early or late in the Torah, or in Hebrew: אין מוקדם ומאוחר בתורה. In other words, one should never assume that because something is written in chapter 25 that it necessarily occurs before what is reported in chapter 27.

The month of March features the last five portions of the book of Exodus. The first two are God’s instructions to Moses about the building of the tabernacle. The last two are the Israelites fulfilling those demands. Had Moses been keyboarding the Torah, rather than writing on parchment with a gorgeous calligraphy, he might have saved himself some serious time with a few strategic copies and search and replace commands.

Smack dab in the middle of the portion is the greatest idolatry committed by the Israelites, the construction and celebration of the Golden Calf. Some saw this shiny sculpture as God himself. Some as a representation. Others perhaps saw the calf as a mere pedestal upon which God would ride.

So what are the ramifications of the chronological school of thought? God gives the instructions for the sanctuary while Moses is on Mount Sinai followed by the supreme act of idolatry, its punishment and denouement, and, at least partly as an act of contrition, the building campaign itself.

Perhaps this is God realizing that it’s hard for the chosen, treasured Israelites to worship a divine entity that can’t be seen and is only heard once in their history in a scene so frightening that the vast majority of the message has to be transmitted via an intermediary? Perhaps this is God’s response, a constructive one as opposed to the destructive one that Moses just barely averts.

We would have our physical experience through the sacrificial system of worship, but God’s essence would remain incorporeal and the place of God’s active encounter with the Israelite representative, inaccessible to all but one at a time, Moses and, in our later history, the high priest.

So, assuming the idea that the Torah is not necessarily chronological, I offer the following:

13 ways to avoid Idolatry
(with apologies to Wallace Stevens)

I
Among the many mountains of the Sinai desert
The only moving experience
Was the eye of God’s shofar blast.

II
We were of three metals,
Like the implements of the ancient Mishkan
In which there are three hues: gold, silver and bronze.

III
The fire/cloud led through the desert winds.
Our guiding incorporeal angel.

VI
Sand filled the fabric
With barbaric force.
The shadow of the fire
Crossed it, to and fro.
The mood
Traced in the shadow
An indecipherable cause.

VII
O superficial tribes of Jacob,
Why do you imagine your God riding a golden calf?
Do you not sense how the Holy One of Blessing
Perambulates
Without need of a saddle?

VIII
I know noble ascents
And lucid, inescapable sounds;
But I know, too,
That the Eternal One is involved
In what I know.

IX
When the Compassionate One chose to hide,
Such marked the edge
Of one of many rectangles.

X
At the sight of eagles
Flying in a blue light,
Even the bands of Judah
Would cry out sharply.

XI
He rode over the Jordan
In a coach of fire.
Once, a fear pierced him,
In that he mistook
The shadow of his chariot
For his worst inclinations.

XII
The fire cloud is moving.
The Eternal must be spying.

XIII
It was evening all afternoon.
It was a chamsin, a heat wave
And it was going to blow.
The In-Dwelling-Presence sat
Amidst the equipage of acacia.

Our Biblical ancestors couldn’t embrace a virtual God. God is saying, have your physical worship structure but make sure it’s not in any way a representation of that which cannot be made physical: Me.

Which leaves the question of biblical chronology as deeper than simply whether one event follows another. That there is no early or late in the Torah implies that its lessons are timeless, whether virtual or real.

The rest is commentary.

Shots fired into a classroom window at an Indiana synagogue. Cemeteries desecrated in Pennsylvania, Missouri, and New York. Swastikas scrawled on Jewish buildings. More than 100 bomb threats called in to Jewish community centers. History doesn’t always repeat itself, but …

When I applied to graduate school in Pittsburgh, I thought I knew what I wanted to do with my career. As time progressed, though, I wasn’t so sure. Luckily, I could turn to the Center for Women in that city, …