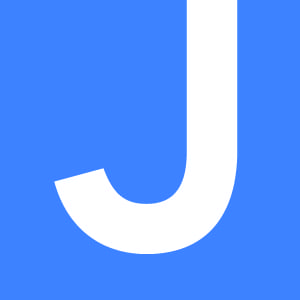 The effort to envision the services and programs Jewish Louisville will need in the 21st century – and the facilities needed to provide them – is turning to the community for help.

The JTomorrow! Steering Committee, which has been working regularly on the initial phases of the project since its inception, has scheduled three “charrettes” – enhanced sharing sessions – where members of the community can meet with an architectural team, landscape designer, the project manager and staff to propose and work out what they want from a new J.

A charrette is commonly defined as a meeting at which all stakeholders in a project resolve programming and design conflicts and map solutions. It is considered a standard tool for the planning stage of a capital project.

“We really do need input put from many people from across the community,” said Jeffrey Goldberg, chair of JTomorrow! He said now is the time to weigh in on what a future J campus would look like.

“This [project] is only as good as the information that goes into the design,” Goldberg said.

The steering committee is particularly interested in hearing ideas for unique or innovative services that will make the new J a destination site. For example, Goldberg noted that the J in suburban Detroit has a ropes course on its campus.

“People may visit that campus for no other reason than to use the ropes course,” he said. “We’re looking for those sorts of ideas. We really want to generate some buzz and excitement.”

Goldberg said the charrettes are not meant to hammer out what the actual building will look – that’s left for another phase.

“We want to identify services and programs the Jewish community needs in the 21st century,” he said.

But the information that comes from the charrettes will inform the design of the building and the campus.
That said, Goldberg identified a couple “functional” issues that will be addressed in the campus design.

For instance, he said the building would be environment friendly. “We have a tremendous opportunity to leave a small carbon footprint and frankly to realize some cost savings.”

The design will meet the security needs of the community, he said. And it may envision a parking plan that will reflect changing transportation models such as Uber-style services and driverless vehicles.

“I don’t know how people will be getting to the facility in 20 years,” he said, “but I’m pretty sure they will not be driving themselves in their own cars the way they do now.”

In short, he said JTomorrow! wants a J that will not be obsolete in a couple decades.

LMH Architecture has been retained for the charrette phase of the process as has Kristen Booker Design for landscape issues. Chris Bingaman is the project manager.

The steering considered the idea of again renovating the 60-year-old building, but rejected it.

“At this point, another renovation won’t meet our needs,” Goldberg said. “The one thing we’re certain of is the current JCC building will be replaced.”

Members of YAD and the Cincinnati JCC’s young adult group joined each other Sunday, March 19, for a day trip to Red River Gorge, one of Kentucky’s most beloved natural resources. The group made new friends, hiked together and explored …