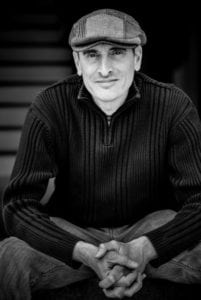 A career journalist, Chottiner spent 13 years as the executive editor of The Jewish Chronicle in Pittsburgh following a long career in daily newspapers.

During his tenure, the Chronicle won several awards from the Press Club of Western Pennsylvania and the American Jewish Press Association, including the AJPA’s first ever Rockower Award for outstanding web sites.

Chottiner is a graduate of American University in Washington, D.C., and he earned his master’s degree in journalism from Point Park University in Pittsburgh.

He is married to Rabbi Beth Jacowitz Chottiner of Temple Shalom. Together, they have one daughter, Noa.

“I have full confidence in Lee,” Wallace said. “I know that I am leaving Community in capable hands.”

Before Thanksgiving, Hillel at Bellarmine University helped the JFCS fill bags with foods for families in need here in Louisville. They included all the foods that we enjoy for Thanksgiving along with a few other special treats. The goal was …