The upcoming presidential election has stirred strong emotions on all sides. Republicans and Democrats alike are predicting disaster if the opposing candidate wins and many people are so turned off by both that they are considering voting for a third party candidate, writing someone in or not voting at all.

What does this mean for the Jewish community?

On Sunday, November 6, the community is invited to hear “Two Jewish Sides of the American Election” at the Major Gifts Dinner for the 2017 Federation Campaign. The program, featuring Jay Footlik and Jeff Berkowitz, two nationally-known and widely-respected Jewish political activists from opposite sides of the political spectrum, will be held at the Jewish Hospital Rudd Heart and Lung Center. 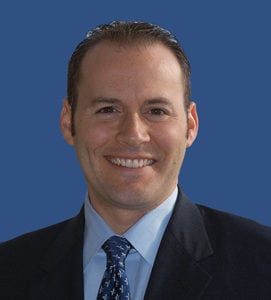 Jay K. Footlik is the founding president and CEO of Global Policy Initiatives (GPI), a policy and business development consulting firm focusing primarily on the Middle East. Jeff Berkowitz, recognized by Politico as “an opposition research and policy ace,” is CEO of Delve, a competitive intelligence firm providing breakthrough insights for winning causes in the political, policy, and business arenas.

Prior to this, Footlik served as special assistant to President Clinton in the White House, helping build support for a range of domestic and foreign policy issues and coordinating outreach to the American Jewish community.

Footlik has worked for several political campaigns and is a former U.S. Congressional candidate. He is a frequent speaker on topics ranging from U.S. politics and presidential elections to foreign policy and the Middle East.

From 1998-2003, he lived in Israel and worked on a variety of projects related to the peace process, including working with former Israeli Prime Minister Shimon Peres.

His work as a well-regarded strategist led one prominent political reporter to declare, “Berkowitz plays chess while his opponents play checkers … his depth of political knowledge is rare, even in a town like Washington.”

Berkowitz served three tours at the RNC under four chairmen in five election cycles, serving as Research Director on his final tour. In that capacity, he oversaw all policy and legislative analysis and candidate and opposition research by the party. He also provided strategic guidance on messaging and communications to national and state party officials. 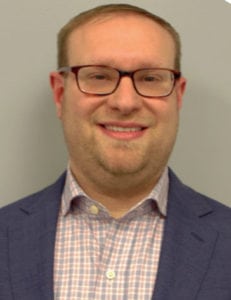 His work at the RNC helped shape public opinion on Obamacare, the 2009 economic stimulus package, financial regulatory reform, two Supreme Court nominations, and a range of other political and policy issues in the lead up to the historic successes of the 2010 midterm elections.

Berkowitz has worked on numerous campaigns at the federal, state and local levels. For President Bush’s re-election, he served as senior defense and foreign policy analyst for the RNC and Bush-Cheney 2004.

Berkowitz was the associate director for research in The White House Office of Scheduling and spearheaded community outreach on critical policy initiatives as the president’s liaison to the Jewish community.

Berkowitz served as an advisor in the U.S. Department of State and as communications director for the Center for U.S. Global Engagement. His other private sector and non-profit work has included an energy trade association seeking increased competition in electricity and natural gas markets and several think tanks.

Berkowitz currently serves as chairman of America’s Future Foundation, a nationwide network fostering the next generation of liberty-minded leaders. He also serves on the board of the Hamilton Foundation, which is dedicated to promoting policies and messages for a self-reliant and secure citizenry by emphasizing what American entrepreneurship and history have shown to work best. Additionally, he is a member of the Young Leadership Board of the Republican Jewish Coalition and a national coalition leader for Maverick PAC.

Berkowitz has lectured widely on political and policy issues and tactics.

The 2017 Major Gifts Dinner is supported by Heaven Hill and KentuckyOne Health/Jewish Hospital.

To reserve your place, contact Kristy Benefield, 502-238-2739 or kbenefield@jewishlouisville.org. The minimum contribution to the 2017 Federation Campaign required to attend the Major Gifts Dinner is $5,000 per individual or couple.

Editor’s note: Portions of this story came from the official biographies of Jay Footlik and Jeff Berkowitz.

Assassins, the Tony Award-winning musical by composer and lyricist Stephen Sondheim and book author, John Weidman, opens on Thursday, October 27 and runs through Sunday, November 13 in the Linker Auditorium at the Jewish Community Center. Tickets are $20-22 in …

Adath Jeshurun will present the Louisville premier of the Japanese Choir singing Jewish Music on Thursday, November 3, at 7 p.m. at AJ. Five years ago in Toronto, I was asked to sing My Yiddishe Mame in a concert for …

UNESCO Statement On October 13, the United Nations Educational, Scientific and Cultural Organization, or UNESCO, passed a very controversial statement regarding the status of holy sites in Jerusalem. They called for the Temple Mount to be called exclusively by its …