Members of Temple Shalom will celebrate the congregation’s past and look forward to the future at two events the weekend of November 11 and 12. 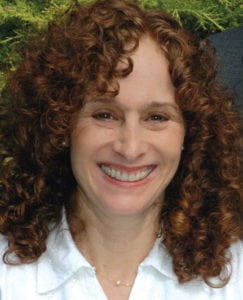 The next night, Temple Shalom will celebrate its 40th Ruby Anniversary with a dinner and entertainment at Standard Country Club.

An Oneg Shabbat will be held at 5:30 p.m. before the 6:30 p.m. Friday night service and installation. Among the delicious treats will be challah homemade by Rabbi Jacowitz Chottiner’s aunt, Edie Bernstein, from Chicago.

Rabbi Joseph was one of Rabbi Jacowitz Chottiner’s professors and has continued to be her mentor. She was ordained at HUC/JIR in 2007, after which she assumed a pulpit at Temple Shalom in Wheeling, WV, which she held until joining Temple Shalom in Louisville earlier this year, upon the retirement of Rabbi Emeritus Miles, Temple Shalom’s only previous rabbi.

Temple Shalom’s “Ruby Jubilee” Celebration will include a cocktail hour, kosher-style buffet dinner and celebratory program with a guest speaker.

Temple Shalom was founded in 1976 by 18 families, following the merger of synagogues Adath Israel and Brith Sholom. The founders envisioned Temple Shalom as an extended family offering a warm, caring, and nurturing environment in which members could strive to achieve their Judaic pursuits.

Rabbi Miles joined the congregation in the late 1970s to begin a tenure that was to last for 39 years.

In its early days Temple Shalom led a nomadic existence. At first, worship services were held at the Jewish Community Center, then at Bellarmine College and next at a house on Taylorsville Road that members converted for use as a synagogue. Finally, by 1989, the congregation moved to its present spiritual home on Lowe Road.

While the congregation has grown substantially, Temple Shalom has never outgrown its founders’ original intent. And it has never deviated from its core values – to be a Beit Tefilah, a house of prayer; a Beit Midrash, a house of learning; a Beit Knesset, a place for community; and a Beit Tikkun Olam, a house dedicated to social action.

Rabbi Jacowitz Chottiner’s installation marks a new period in the life of Temple Shalom, which continues to remain welcoming and nurturing to all.

Food waste is the single largest item in landfills, and nearly all of it can be re-used for composting. Help reduce your landfill footprint by participating in The J’s compost program. The J is starting a very simple composting program …

Once upon a time, there was a man who owned a donkey. He would offer a ride on his donkey to those who were looking to cross the hot desert. One day, a man purchased this service and the customer, …

This month, we welcomed the Jewish year 5777. We began on Rosh Hashanah by taking a good, hard look at ourselves – who we are, what are our values and how we behave in accordance with those values. Then, after …