The Levitan Awards will be presented at the Jewish Community of Louisville Annual Meeting on Wednesday, June 15, at 6:45 p.m. at The J.

Daniel Levine
Daniel Levine is a senior at Ballard High School who played soccer throughout his high school career and this year was a member of the varsity squad. For the past three years, he has been the team’s kicker. 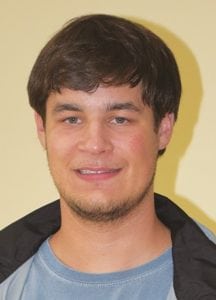 He enjoys playing and says, “I tried to help in any way I could.” He played defense and worked as hard as he could during practice.

Last year, he also participated in an Ultimate Frisbee Club. “Sports is a big part of my life, he added, “I love being anywhere near sports.”

At Ballard, Levine is also class treasurer, a post he has held for three years, and has been a Beta Club member all four years.

During his freshman and sophomore years, he was a member of BBYO. He also used to help out at The Temple Religious School, working for Joyce Eiseman.

Levine spent many summers at Beber Camp in Wisconsin, where he made lots of friends.

When he spoke with Community, he said he would probably attend Indiana University Bloomington in the fall and is leaning toward studying business.

He is proud of his Jewish heritage and appreciative of receiving the Levitan Award.

He is the son of Glenn and Marci Levine and has a sister, Jordan. His grandparents are Ronald and Sonia Levine and Bill and Maureen Tarnopol.

Hillary Reskin
Hillary Reskin is a senior at Ballard who played soccer all four years. She has also played at club and recreational soccer throughout her life. “I started playing when I was three,” she said. “I played a lot of sports and have always been athletically minded.”

Her freshman year, she played both field hockey and soccer before deciding to stick with soccer.

“I appreciate sports and learned a lot of life lessons,” she said, explaining that she even included enumerated patience, teamwork, leadership and positive attitude in her college application essays as things she learned through sports. 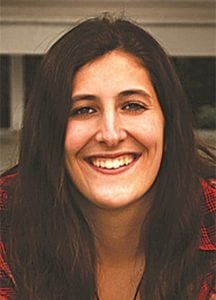 During her senior year, Reskin said, her high school team struggled through a difficult coaching change. “The seniors took up the leadership role and took charge,” she said. We had a lot of losses, and I was able to teach the players to continue, not give up and to help other players.” She was recognized for her efforts with a Bruin Award that recognized four years of leadership, spirit, positive attitude and her ability to play any position.

Reskin also participated in the Maccabi Games, and in 2012 brought home 11 medals. “I loved the games,” she said, “and one day, I hope to get involved like Evan Rowe.” Rowe coached Louisville’s Maccabi delegation. She still maintains friendships she made at the games.

Reskin also wrote several Purim shpils that were included in joint Keneseth Israel/Temple Shalom Purim celebrations. During her freshman year, she was a member of BBYO and served as the Jay Levine BBG’s shlicha, vice president of Jewish heritage.

This fall, she will be attending Ohio University’s School of Media and Communications in Athens, OH, where she plans on studying film and history. While she does not plan on playing college varsity sports, Reskin expects to participate in club or intramural sports. She also plans to connect with Hillel on campus.

Reskin is excited about getting the award and grateful for it.

She is the daughter of Rhonda and Jim Reskin and has a brother, Eric, and a sister, Sophie. The family belongs to Keneseth Israel Congregation.

The Maccabi Games are coming and Louisville has a large delegation preparing to compete. The games will be from July 24-28 in Columbus, OH, and Louisville will be competing in basketball, golf, volleyball, baseball and girls’ tennis. For the first …