On May 18, 2014, I departed Louisville for a trip to Israel to enjoy a visit with my Israeli family. My wife of 50 years passed away a couple years ago after a long fight against cancer, so this trip was a little hard at first as it was the first time since Rosette’s funeral that I would be with the family.

This time the occasion was to be a joyous one – Rosette’s youngest sister’s daughter, Shany Egozi, was getting married. However, what made this trip a memorable one is that I again experienced the joyful Jewish Moroccan traditions that I enjoyed when Rosette and I were married in Casablanca.

Does anyone remember the movie Casablanca? Rosette’s family incorporated all of the Jewish and Moroccan traditions into our celebration, like dressing up in the kaftans, the Henna and other customs. It was new, strange and wonderful to this naive American, still wet behind the ears, and all alone as it was impossible for my family from just outside of Minneapolis to attend my wedding.

The following is a description of the super wedding experience and how things continue to be done. The family moved to Israel, a week just before the Six Day War so many years ago, but continued all of the traditions they enjoyed in Morocco and in Israel.

In Israel it takes a year to prepare for a wedding, and from the moment the couple decides to marry, the whole family starts to work on the preparations. The fact that Israeli people came to this very young country from many communities around the world makes the events very special, since each family brings its own traditions. This allows those invited to experience different traditional weddings.

About a week before a Jewish Moroccan traditional wedding, we have a Henna, where the guests are close family and friends of the bride and groom. Similar to a shower for the bride, but filled with home-country traditions, well over 200 attended this traditional gathering at the future bride’s home.

The Henna brings out the tradition from the old country. The food is not gourmet, but is traditional and much like what is cooked at home. It includes a buffet with sweet cakes and cookies made with honey – symbols that the life of the couple will be sweet.

The bride and groom also exchange jewelry, and the families, too, give the bride jewelry and gold. The guests give the couple presents for their home, like sheets, towels, pans, utensils and electric devices for the kitchen.
While at the Henna, the guests are dressed in authentic costumes from their country of origin. If a guest is without a costume, it is provided so all can enjoy the tradition. During the celebration, the couple is showered with rice and gold coins, so their lives will be filled with abundance.
In another tradition, several times during the party, the couple changes outfits, wearing a variety of traditional clothing.

Etty Egozi, the bride’s mother, is a terrific singer, so she sang various Moroccan, Hebrew and English songs for the guests to enjoy.
The wedding itself took place at a hall in Ashdod, Israel. With 500 invited guests, this wedding was in the tradition of a modern Jewish wedding. The couple stood under a chuppa and the ceremony conducted by a rabbi.

After the service, there were a reception and a sit-down dinner, accompanied by oriental and Arabic music. After dessert, everyone joined in for dancing, singing and entertainment. Etty sang with her band into the late hours of the night.

Fortunately for me the hotel was not too far from the location and I was able to retire at a reasonable time.

Wedding practices vary greatly. Many Israelis, especially in Jerusalem, have strong religious beliefs. Their weddings are special and very different from the general population, who are not as religious.

The shidduch (match) is often made when the couple is 17 or 18 years old. The wedding itself offers separate festivities for the women and men, so the men do not see the women dancing.

The festivities included many prayers and customs. As with those with traditions from several countries, all the wedding are planned to allow for friends and family to gather for a family reunion and to enjoy the special occasion.

I would like to add my thanks to my sister-in-law Etty Egozi, and Shiela Steinman Wallace for the assistance in putting this wedding story together. 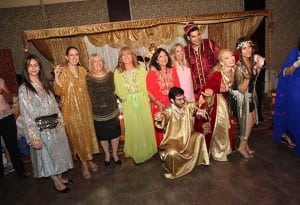 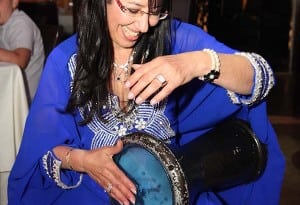 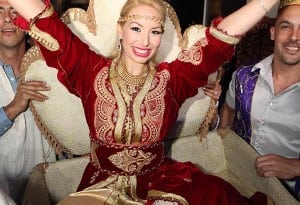 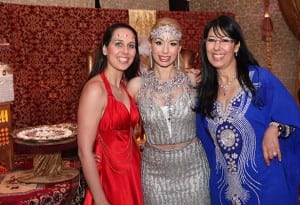 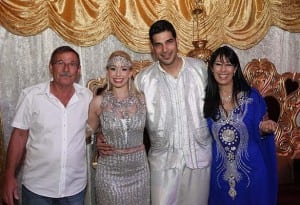 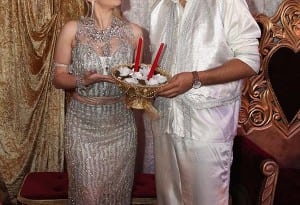 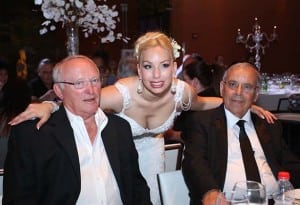 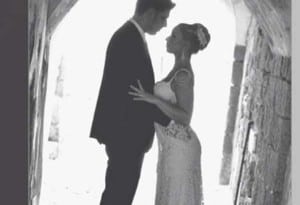 The 17th annual Louisville Jewish Film Festival promises to make attendees laugh, cry, sing and think with a wide variety of options. As part of the JCC’s 125th Anniversary, the festival will team up with CenterStage to offer a special …

(see photos below) The Community Shabbat Chanukah Dinner on December 19 had about 80 people in attendance, despite a bout of the flu that kept several families at home, said Betsy Schwartz, director of camps for the Jewish Community Center. …

A number of generous grants for the 2015-2016 fiscal year from the Jewish Heritage Fund for Excellence enrich Jewish community members of all ages and keep vital programs going strong. The JCC’s Seniors Department received $65,000 for its nutrition program, …