For more than a century, the National Council of Jewish Women, Louisville Section, has been involved in efforts that benefit women and families in our community. The section’s many successful programs and sponsorships, including the NCJW Jewish Resource Center, craft days at Maryhurst, participation in Camp Gilda and creation of the new Court Watch program last month, were highlighted at their opening meeting on Monday, September 29, at Volare on Frankfort Avenue.

The meeting focused on the section’s concern about the number of children who die from neglect and abuse while under the watch of the Cabinet for Health and Family Services. This led to the establishment of the NCJW David Richart Committee in 2012, which continues to study the issue.*

In September, at the request of Jefferson County Circuit Court Judge Patricia Walker Fitzgerald, the section reinstated its Court Watch program, which involves more than 40 volunteers observing how abuse and neglect cases are handled in the courtroom.

Louisville native Melissa Currie, M.D., associate professor and director of the Kosair Charities Division of Pediatric Forensic Medicine at the University of Louisville School of Medicine, was the guest speaker. She is one of just three child abuse medicine specialists in the entire commonwealth.

During her chief residency in Milwaukee, Dr. Currie trained in child abuse pediatrics, and when she returned to Louisville to join the medical school faculty several years later, she created the Division of Pediatric Forensic Medicine in the fall of 2007 with the help of Kosair Charities.

In 2009, she was among the first group of pediatricians to become board certified in child abuse medicine. In 2012, she became a founding partner in the Face It® Movement, a 10-year initiative with the vision that all children in Jefferson County will be free from abuse and neglect by 2023.

Dr. Currie is aware of and recognized NCJW’s efforts on behalf of children and families and called it “powerful” that Judge Fitzgerald asked them to take part in the effort to help ensure that everyone, including judges, is doing their job. “We are,” she said, “talking about breaking down silos.”

The effort also involves the cooperation of the Louisville Metropolitan Police Department and schools in the area so when a domestic violence calls come in, all interested parties are notified. “Having those conversations,” she explained, “can make a difference in a child’s life.”

Her work involves trying to find out who the perpetrator is in a case (who injured the child) and she mentioned several recent cases in which she had participated. She cautioned that while some see removing a child from a home as a panacea, she believes that the foster care system is more of a punishment to the child than to the parent(s).

“The child deserves a parent,” she stated, “even a less than ideal one.” She looks to the Court Watch program to define gaps in the system, and to the community to keep children and families safe by sharing relevant information if abuse is suspected and allowing public access to that information. 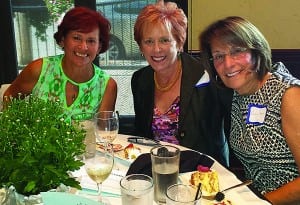 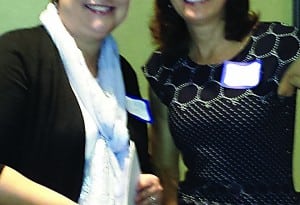 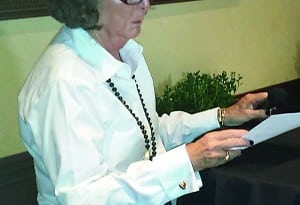 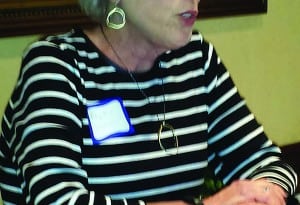 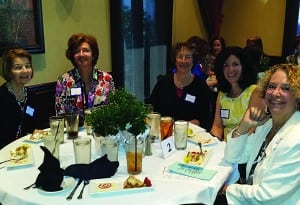 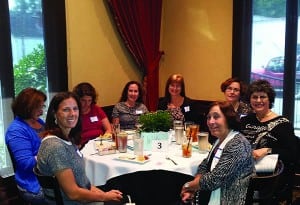 As I brought Dr. Capilouto, president of the University of Kentucky, into my office last week, I offered a typical greeting: “Welcome to the Louisville JCC.” Then, knowing that Lexington doesn’t have one, nor does any other city in Kentucky, …

When Dr. Eli Capilouto, president of the University of Kentucky, came to Louisville on October 6, he stopped by Community’s offices for an interview in the afternoon and addressed members of the Alpha Omega Dental Fraternity in the evening. Dr. …