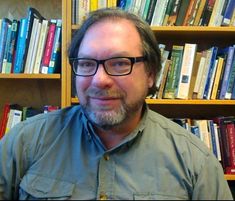 You’ve lost your religion, the Rabbi said.
It wasn’t much to keep, said I.
You should affirm the spirit, said he,
And the communal solidarity.
I don’t feel so solid, I said.

Or this bit, from Cynthia Ozick’s In the Synagogue:

I do not understand
the book in my hand.

Do you feel the way these two speakers in the poems do? Do you know people who do?
These poems don’t avoid the sore spots of Jewish identity in America; they press on them. I’m talking about sore spots you may not even know you have until you have read the words. Here’s how Richard Michaelson laments the situation in The Jews That We Are:

Michaelson’s words clang like a bell for some of us who grew up at that time. Reading American Jewish poetry can help us express or freshen our attention to the Jewish experiences we have.
So far, I have not tried to define what American Jewish poetry is. I’m skipping over debates about what a poem needs to express to be Jewish poetry. “After all,” writes John Hollander in his essay, The Question of Jewish Poetry, “can anything a Jew experiences…not be a ‘Jewish experience?’” I’m not trying to be subtle and excavate buried themes that may or may not reflect a Jewish world view or psyche. My criteria is blunt: Jews writing poetry about things that matter to Jews.
I think we need this. Of course, I would say that. I teach poetry. I’m a poet, I’m a Jew and a lot of my poetry meditates on “things that concern Jews” or at least, this Jew.
But I’m not the only one who thinks it’s vital for Jews to engage with the modern version of this ancient Jewish art. John Felstiner, a writer, translator of Romanian Jewish poet Paul Celan, and himself a Jew, writes: “American Jews – not hyphenated Jewish-Americans any more, but Jews living as such in America – dearly need what poetry offers to imagine their survival.”
What survival could Felstiner mean? Perhaps the next greatest threat since the Shoah. The one that comes from being able to live your life free from state-sponsored oppression and imminent threat of death. The kind of survival that allows persons, but perhaps not a people, to survive, due to the fading of – let’s call it Jewish spirit, Jewish communal solidarity, as Nemerov wrote. The kind of survival that might benefit from reading how poet Shirley Kaufman re-imagines Sarah and Hagar today, in Déjà Vu:

Jet planes fly over their heads…

Hagar shops in the market.
There’s a run on chickens, the grapes
are finished and the plums are soft.
She fills her bag with warm bread
fresh from the oven …

Muriel Rukeyser, a Jew and a poet who occasionally investigated the condition of being a Jew in her work, wrote in The Life of Poetry: “If we are free people, we are also…free to choose our past, at every moment to choose the tradition we will bring to the future.”
But Rukeyser prescribed poetry to help deal with that freedom, and the “clusters of events and emotions which require new ways of making them more human.” She expressed those “clusters of events and emotions” in her Letter to the Front, a sequence of 10 poems:

To be a Jew in the twentieth century
Is to be offered a gift. If you refuse,
Wishing to be invisible, you choose
Death of the spirit, the stone insanity.
Accepting, take full life. Full agonies:
Your evening deep in the labyrinthine blood
Of those who resist, fail, and resist; and God
Reduced to a hostage among hostages.

You see how a good poet can fill the emotional cup to the brim, can cross generations and bear witness to events and experiences, letting us re-experience them, feel them, confront them.
That’s not to say that reading American Jewish poetry will be solely a dreary affair, pressing down hard on the bruises of our personal and corporate existential questions. You might find feeling and familiarity in “Teshuvah,” part of Robin Becker’s sequence, In the Days of Awe:

But it often will be the poetry of dissonance, confusion, doubt, as the dictum of creative writing states, that if you’re going to bother writing something, you should bother writing something that matters. To many American Jewish poets, what matters is how to make one identity out of these two fraught words.
Poetryfoundation.org is a good place to start exploring. Just type “Poems of Jewish Faith and Culture” in the search box to be taken to a curated collection that includes articles and selected works of Nemerov, Allen Ginsberg, Emma Lazarus (of Statue of Liberty fame: “Give me your tired, your poor, / your huddled masses…”), Alicia Ostriker, Marge Piercy, Charles Reznikoff, and many others.
Join me in reading American Jewish poetry. Explore Jewish life and identity, and the various “clusters of events and emotions” that we must navigate.

(Michael Jackman is a senior lecturer in writing at Indiana University Southeast.)

By Lee Chottiner Community Editor Ann and Sandor Klein lived lives that resonate to this day. Childhood sweethearts from the same village in Hungary, Sandor left for America in 1938, serving as an Army Air Corps sergeant during World War …