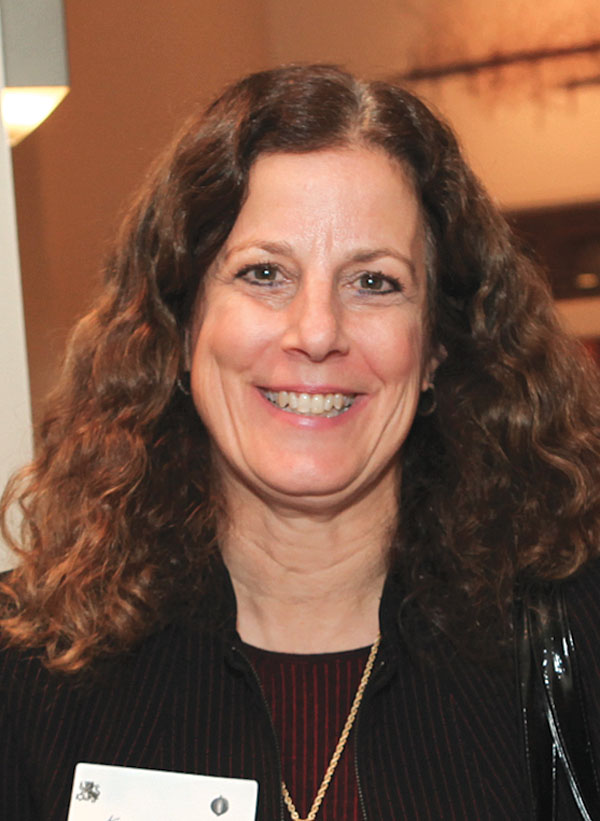 “This is an important step for both Karen and the JCL,” Bromberg said. “As Board Chair elect, serving as Campaign Chair will enable her to connect with more community members and explore the extraordinary things we do together through the Campaign. While Karen has extensive Campaign experience, having previously co-chaired the campaign in 2003 and 2004, this opportunity will enable her to bring her skills and additional insights into both the Campaign and community engagement. She has many ideas of how we can improve the community’s Campaign experience while we increase our ability to provide the programs and services needed locally and globally.

“By accepting this chairmanship, Karen also demonstrates her personal commitment to future leadership development as we seek to provide our Board members and other leaders with a more meaningful experience,” Bromberg continued. “Going forward, serving as chair of the Federation Campaign will be a prerequisite for every Board chair.”

“Again and again, Karen has demonstrated her leadership skills and commitment to our Jewish community,” Klein said. “I have confidence in her ability to engage volunteers in our Campaign, convey her passion for the important work we do and make this year’s Campaign a success for our community.

“The success of this Campaign does not rest with Karen alone,” Klein continued. “Now is the time for members of the community to step up and help her. Don’t wait for the call. Volunteer today. Learn what it’s all about and sharpen your own skills by coming to hear Vicki Agron at the Volunteer Training event on November 5. Together, we can make the 2013 Federation Campaign a success.”

“I was very surprised when Stu [Silberman] and Stew [Bromberg] asked me to chair the Campaign,” Abrams said, “but it makes sense. Being chair-elect, I should have some recent Campaign experience.

“I was honored they asked me,” she continued, “and once I thought about it, I got excited about it.”

Abrams is looking forward to working with the professional Campaign staff, Stew Bromberg, Tzivia Levin Kalmes and Matt Goldberg, and she has already begun planning for this year’s Campaign. “Things have to change,” she said. “We can’t do Campaign the same way we’ve always done it.”

Recently, Abrams attended the Jewish Federations of North America’s (JFNA) Lion of Judah conference, and she returned fired-up about Campaign and with many ideas for doing things differently, including expanding the JCL’s use of social media.

“We need to embrace e-philanthropy,” she continued, “to enable people to give online at any time.”

Abrams also recognizes that people today are very busy and don’t always have the time to volunteer the way people in past generations did. With fewer volunteers, fundraising tactics and some events need to change. For example, “Super Sunday,” she said, “will be quite different.”

“I encourage anyone to contact me with their ideas or feelings about Campaign,” she added. Her email address is karenabrams@gmail.com.

In addition to co-chairing the 2003 and 2004 Campaigns with Lior Yaron, Abrams co-chaired YAD (Young Adult Division) in 1997 with Ken Richter.

Earlier this year, she received JFNA’s Kipnis-Wilson/Friedland Award for endowing her annual Campaign gift and encouraging others to do so.

Shortly after the Federation and the Jewish Community Center merged, Abrams co-chaired the Program Review Committee with Sheila Berman and Jeff Tuvlin. The committee looked at all the programs the newly created JCL offered at the time and identified gaps in service to the community.

Abrams and her husband, Jeff Glazer, also co-chaired the Livnot Leadership program in 2005. Livnot was a networking and community development forum the Federation convened to bring together experienced leaders from Louisville’s Jewish congregations and agencies.

She’s a member of the Jewish Community Center and Congregation Adath Jeshurun and a life member of National Council of Jewish Women. She and her husband have been to Israel several times, most recently with their children, Nicholas, Mallory and Andrea, on an AJ trip with Rabbi Robert Slosberg, which included time in the Western Galilee, Louisville’s Partnership 2Gether region.

Abrams also participated in a national Campaign Chairs and Directors Mission, which took her to Moldova as well as Israel, and has attended a number of national conferences.

In 1998, Abrams was the recipient of the Federation’s Joseph J. Kaplan Young Leadership Award, and in 2004, she was chosen by the Federation as a Jewels in Our Crown honoree.

Professionally, Abrams is a pediatrician with the Kaplan Baron Pediatric Group. She earned her M.D. from the University of Louisville School of Medicine.

[by Cynthia Clegg Canada and Shiela Steinman Wallace] Shortly after graduating from Swarthmore College in Pennsylvania, Noah Efron volunteered for the Israeli Army. It was a move to redefine himself as not just “another American Jew destined to be professor …

Join us at California Pizza Kitchen for a flavorful FUNdraising event! Just download, print and bring in this flyer, present it to your server, and 20% of your check will be donated to our organization. Purchases include dine-in, take-out, cater …