Cantor Pepperstone, formerly the cantor for Keneseth Israel, came back to Louisville from her new home in Syracuse, NY, and performed with Cantors Lipp and Hordes. Pepperstone is the director of the Rabbi Jacob Epstein High School of Jewish Studies in Syracuse.

“It was great to sing with colleagues again and the community choir,” she said.

The evening opened with Havdalah led by Cantor Hordes who was joined by both the adult and children’s community choirs directed by Lipp. The groups also performed Jonathan Wolff’s “Hiney Ma Tov” with the cantors.

Staam, the a cappella group from Washington University, followed by Hooshir, the group from Indiana University, performed several songs to the delight of the nearly sold-out audience. Both a capella groups sang a mixture of traditional Jewish music in Hebrew and pop songs.

Marisa Shrell, 22, the director of Hooshir, is a senior Journalism major at IU. She has been with the group since her freshman year and will be graduating this spring. She said this event was one of the first times that Hooshir was booked by someone outside the group. Usually, members work to get gigs on their own, but this was entirely planned by Cantor Lipp. “He contacted us and arranged for the host families and everything,” she said.
Shrell said the group travels to perform about five times a semester, and that’s not easy when you’re taking a full course load. They rehearse for two hours, three times a week. “It’s hard, but it’s a great outlet,” she said. “When I need a break from studying, it’s great.”

Being in the group helped her adjust to school more easily, she said. “It made a big school feel small. They’re like a family. We love to be together, and to sing together.”

She said she really enjoyed the AJ Music Festival. “It’s surreal to work on something, put it together and to see the audience respond to it,” she said.

Pepperstone said she enjoyed seeing Hooshir and Staam sing, “and their great love of Jewish music.”

Pepperstone, Hordes and Lipp rehearsed via Facetime. While rehearsals didn’t go very well due to Internet lag, it didn’t show during the performance. “He chose wonderful but challenging pieces,” Pepperstone said with a laugh.

“I appreciate Cantor Lipp inviting me to participate,” she added. “It was wonderful making music in Louisville again.”
Lipp was also pleased with the show.

“I had a great time,” he said right after the show. “It exceeded my expectations. It’s such a pleasure to work with colleagues. It felt as good as anything!” 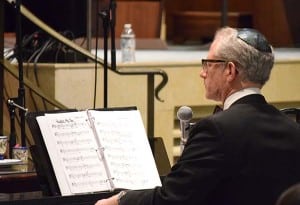 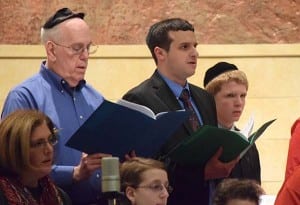 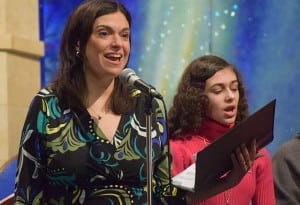 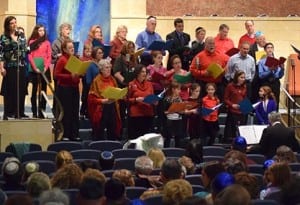 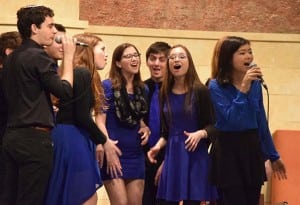 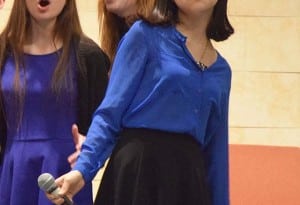 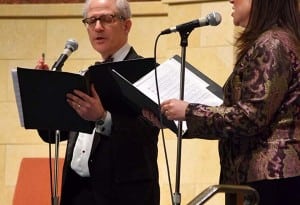 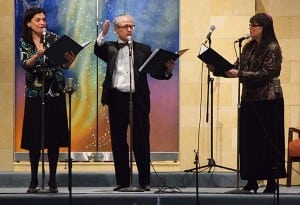 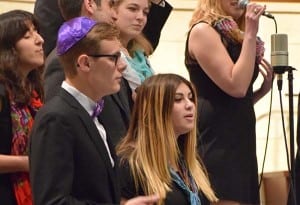 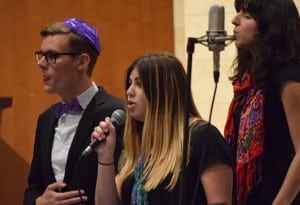 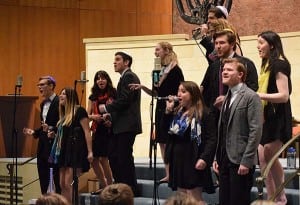 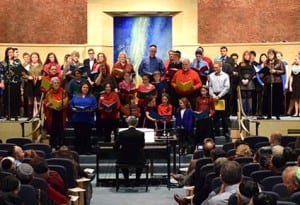 Throughout our history as a people, the Jewish community has made taking care of those in need a priority. Often that means providing refuge and support for those fleeing persecution in other lands. In 1934, two brothers, Elias and Ike …

After months of planning, Louisville is ready to host visitors from Israel’s Western Galilee and the Partnership 2Gether Central Consortium that includes the Jewish communities in Canton, Dayton, Toledo and Youngstown, OH; Indianapolis, Northwest Indiana and South Bend, IN; Des …

In January, a group of Jewish young professionals from Louisville now living in Washington, D.C., gathered to welcome Jerry Abramson to the nation’s capitol and celebrate his appointment to the White House staff. The group plans to get together once …